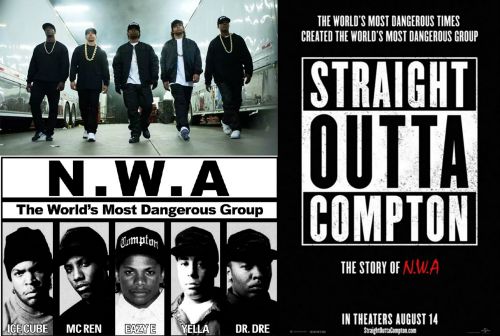 Straight Outta Compton Movie Review: “Straight Outta Compton” was the most anticipated movie of the Summer, and it lived up to the hype. Fans of their music and upcoming hip hop artists alike should flock to the theaters and learn this story of rags-to-riches. If you are as big of a fan of N.W.A. (or even just each solo artist of the group) as I am, then you will find yourself bobbin your head, applauding with joy and getting chills with each song played. Even more so when Eazy takes the stage for the first time in the film with “A miracle of modern creation…”

The story was filmed perfectly, although for two and a half hours I felt that they could have shared more of the story of N.W.A. before they branched out into Dre’s and Cube’s solo projects, and Eazy’s crumbling Ruthless empire before his death. They barely even touched on the creation of “EFIL4ZAGGIN” which was just as incredible as “Straight Outta Compton” if not better with nearly double the tracks. 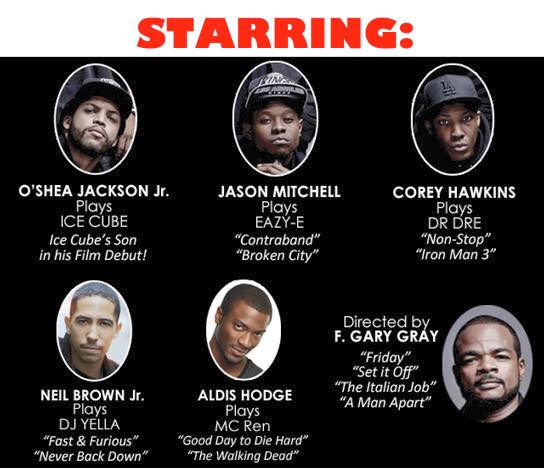 They shared a few of the lyrics spit by Ren to disclose on the Ice Cube beef after he left the group, but that was about it. As fans, we all know that Cube crushed his former band mates with “No Vaseline” and that was portrayed very well in the film. Cube’s son, O’Shea Jackson Jr. portrayed his father so well in this film that he will easily be your favorite character.

There was also no mention of the Dre and Eazy beef records nor the solo project Eazy did, which I was waiting anxiously for that beat to drop from “Real Muthaphukkin G’s.” MC Ren and Dj Yella were left behind as the story mainly followed the other three members of the group. That was perhaps made up with the cameo’s of Snoop, Suge Knight, The D.O.C. and even Tupac with actors obviously portraying them as well. The only one that didn’t do it for me was R. Marcos Taylor who played Suge, who, in the end made his character laughable.

You get the tale of how dirty the music business is with contracts and deceit, the corruption of the police, the rise and fall of friendship and some damn good music to go along with it all. Add this to your favorites collection now. Bye Felicia.