Brainstorming with others is a great way to come up with an awesome recipe. What started as an “oh let’s try this chicken pot pie recipe with biscuits!” Turned into “let’s try a seafood pot pie topped with cheddar bay biscuits!” We love to try new recipes and mix things up. Our original idea was to try to use crawfish tails (are they considered seafood?!) but we settle for langostino tails. Langostino, which means little lobster in Spanish, is a squat lobster. Squat lobster doesn’t sounds too appealing right? Don’t let the name scare you away as it’s very tasty! It’s not a lobster or a prawn but closely related to porcelain or hermit crabs. We found ours at Trader Joe’s but we’ve also run across them at Costco. We’re calling this a seafood pot pie because you can use shrimp, lobster and even lump crab meat in place of the langostino tails. Check out the recipe below! 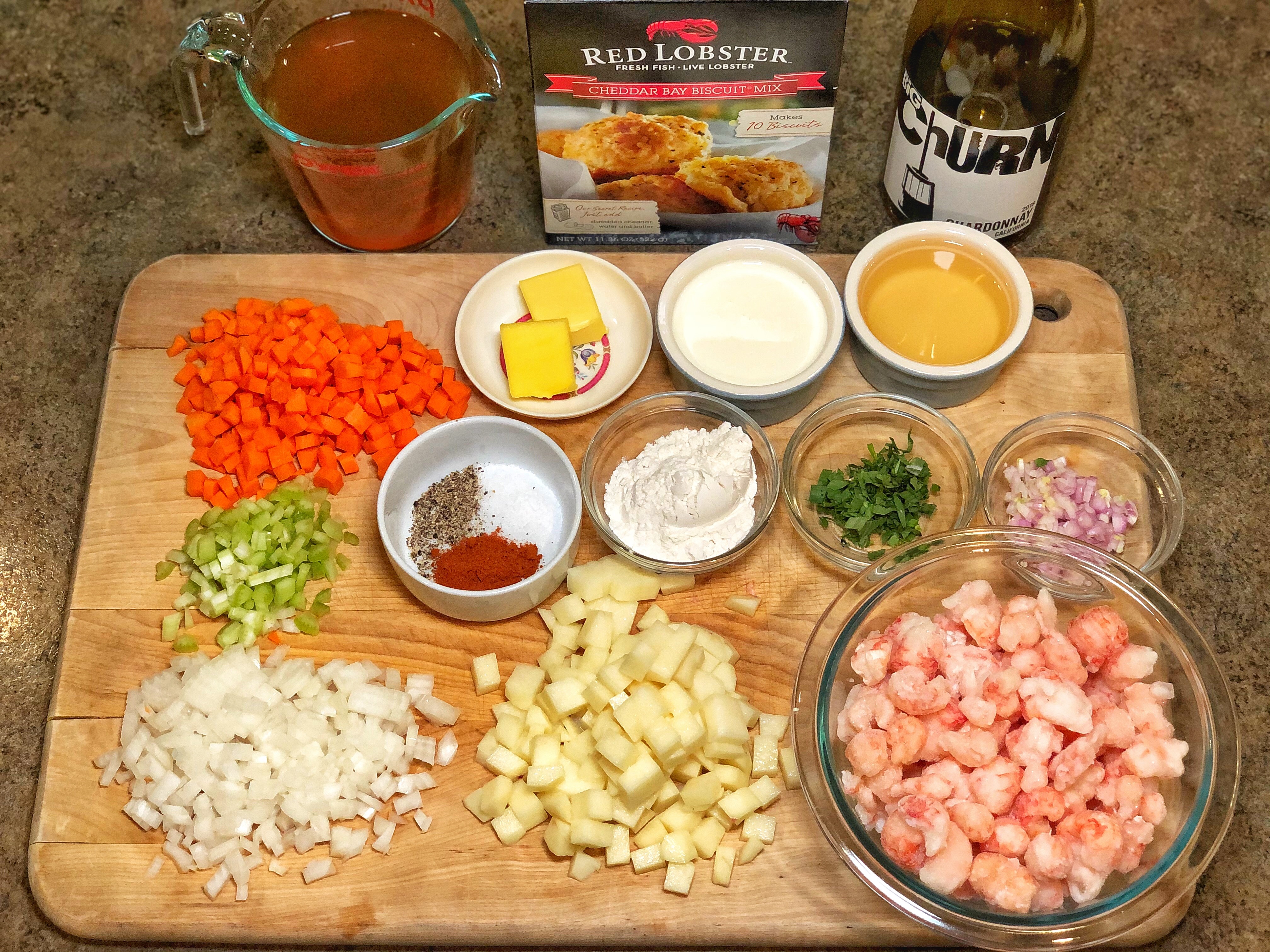 salt and pepper to taste

For the biscuits you’ll need: 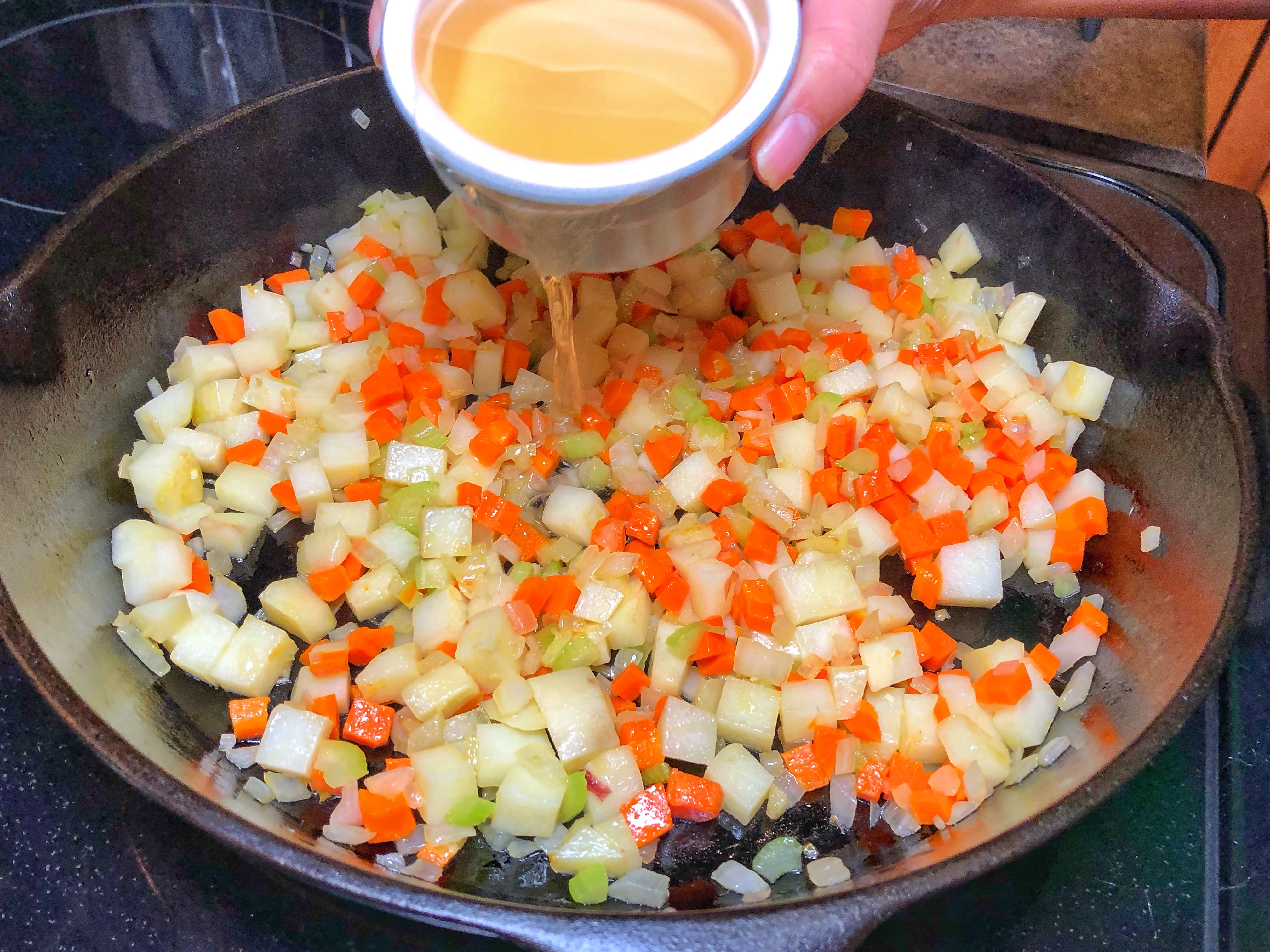 Preheat the oven to 425 degrees. In a large skillet over medium heat, coat with a couple tablespoons of olive oil. Throw in the chopped carrots, celery, shallots, onions and potatoes. Sauté until tender. Roughly 5-6 minutes. Pour in the white wine and cook for about 5 minutes until it’s nearly evaporated. 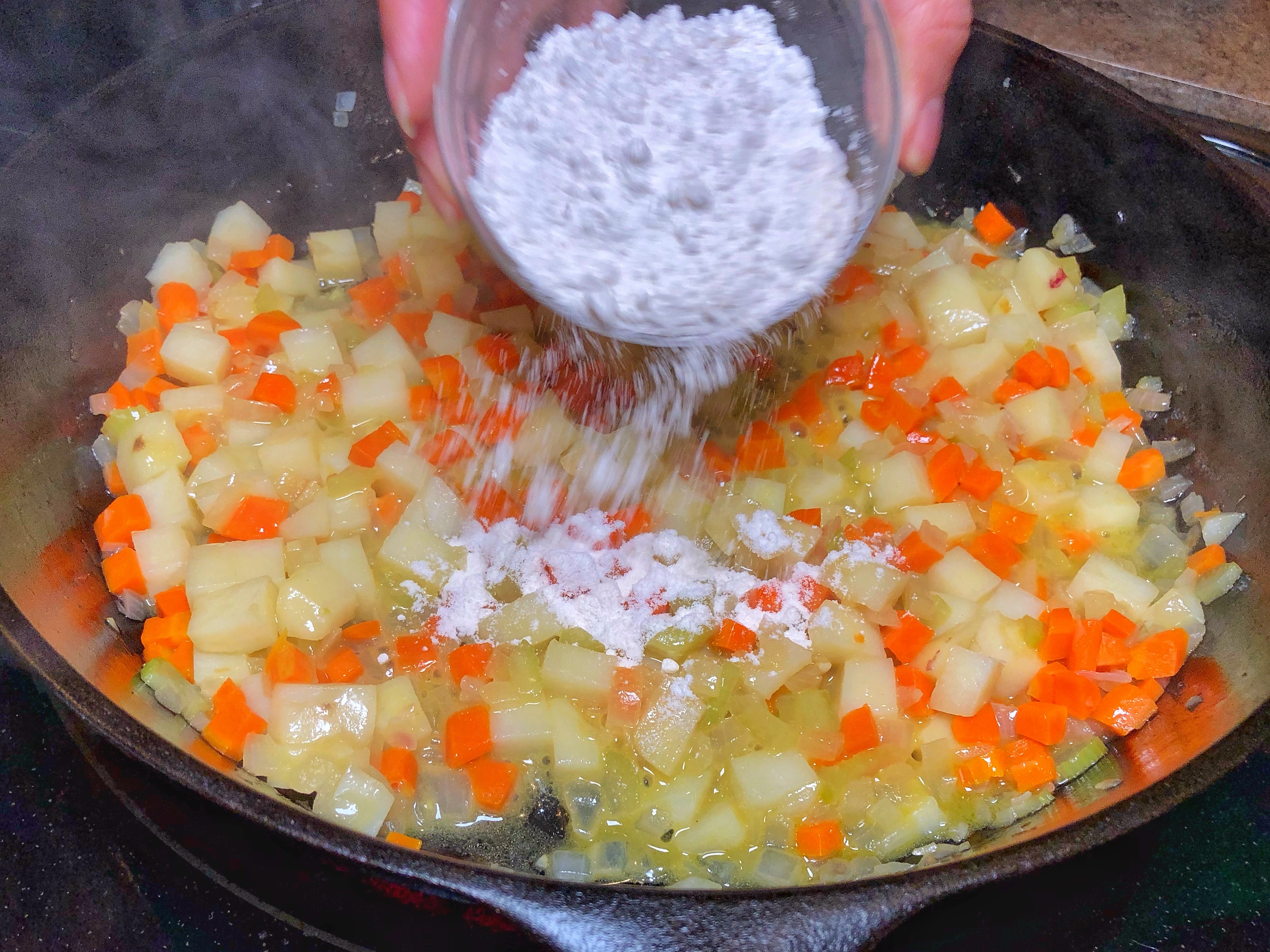 Then you’ll add in the butter and heat until melted. Add the flour and stir constantly for 1 minute. It should get some color to it but not much. 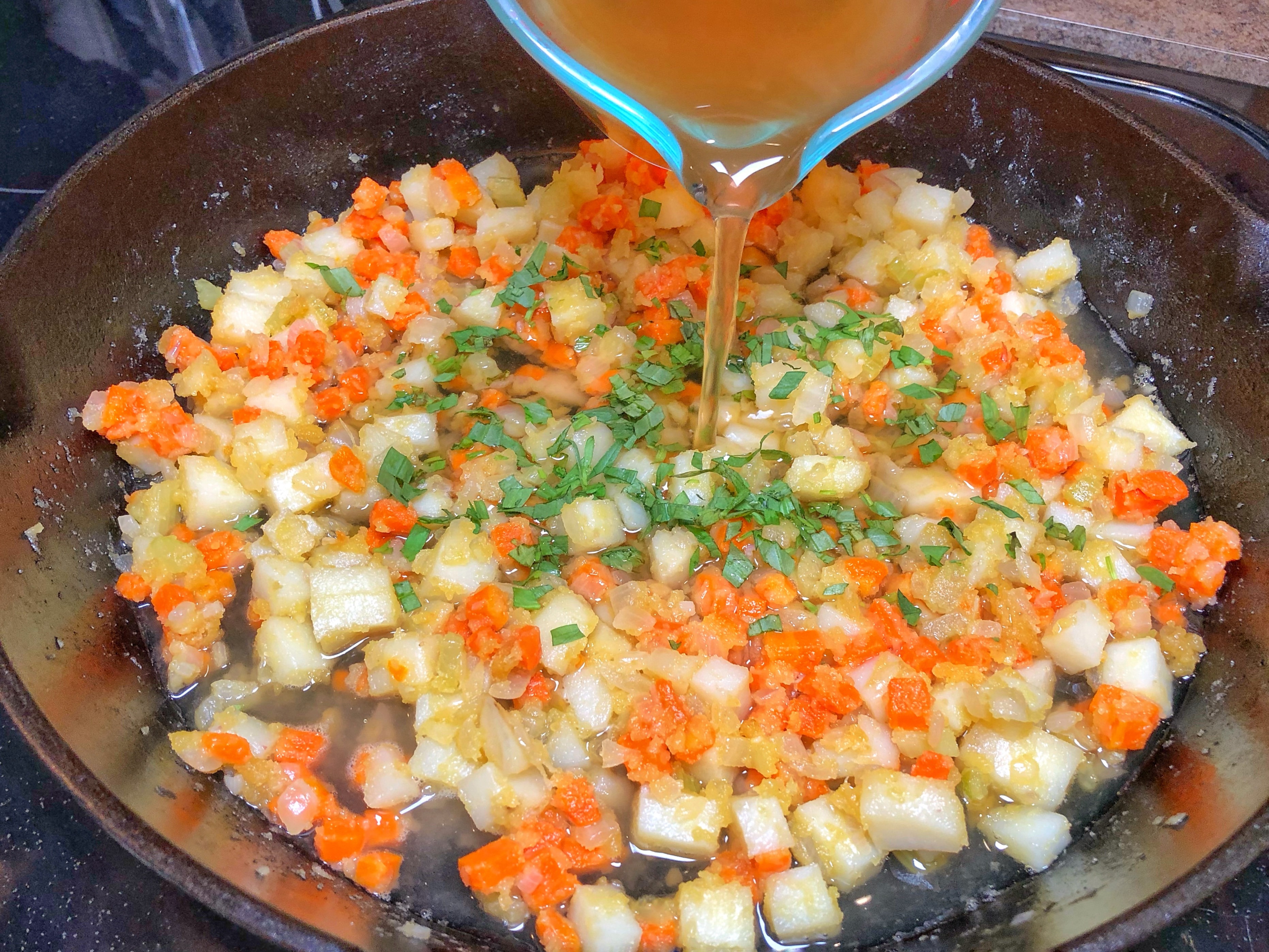 Add the seafood stock and tarragon. Give that a stir and simmer for 10 minutes. At this point the sauce will be nice and thick. Season with cayenne, salt and pepper to taste. 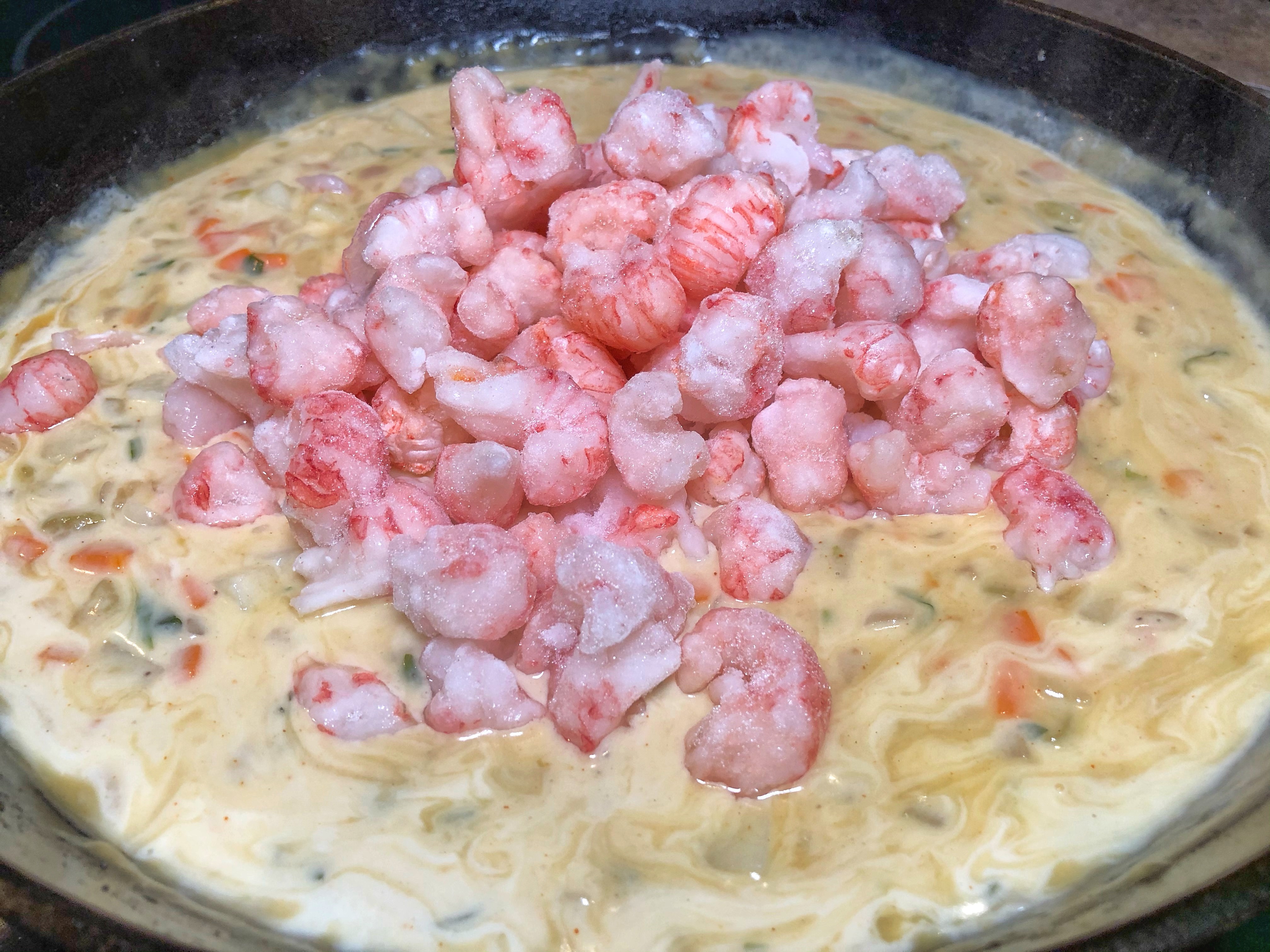 Remove from heat. Stir in the heavy cream and then add the tails. We did not thaw my tails. We kept them frozen because we were worried that they would overcook and change in texture with the addition baking time. 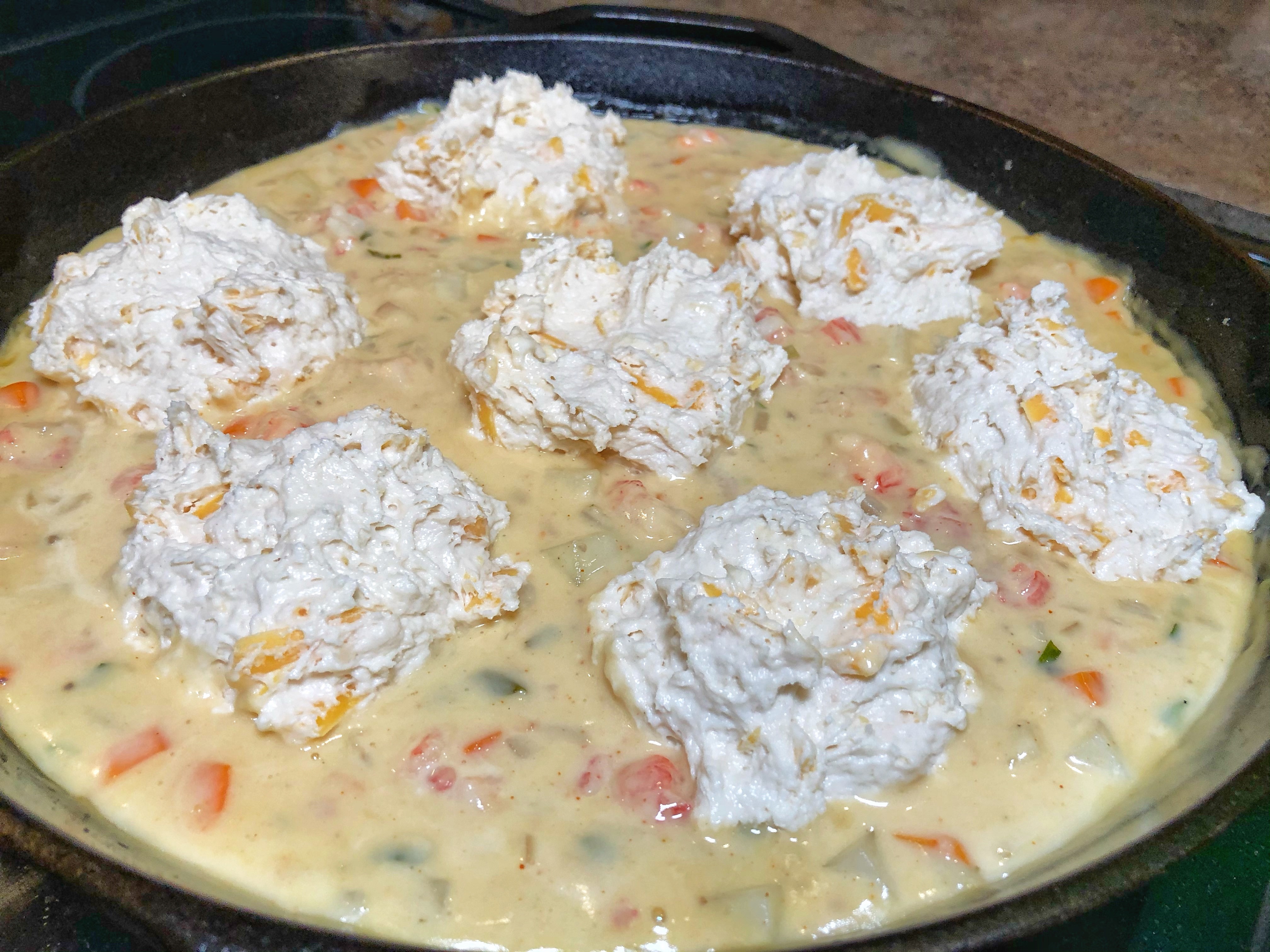 We used good ol’ red lobster cheddar bay biscuit mix. Prepare per the directions on the box. We dropped large spoon falls of the batter on top of the pie filling. Then put in the oven for 15 minutes. 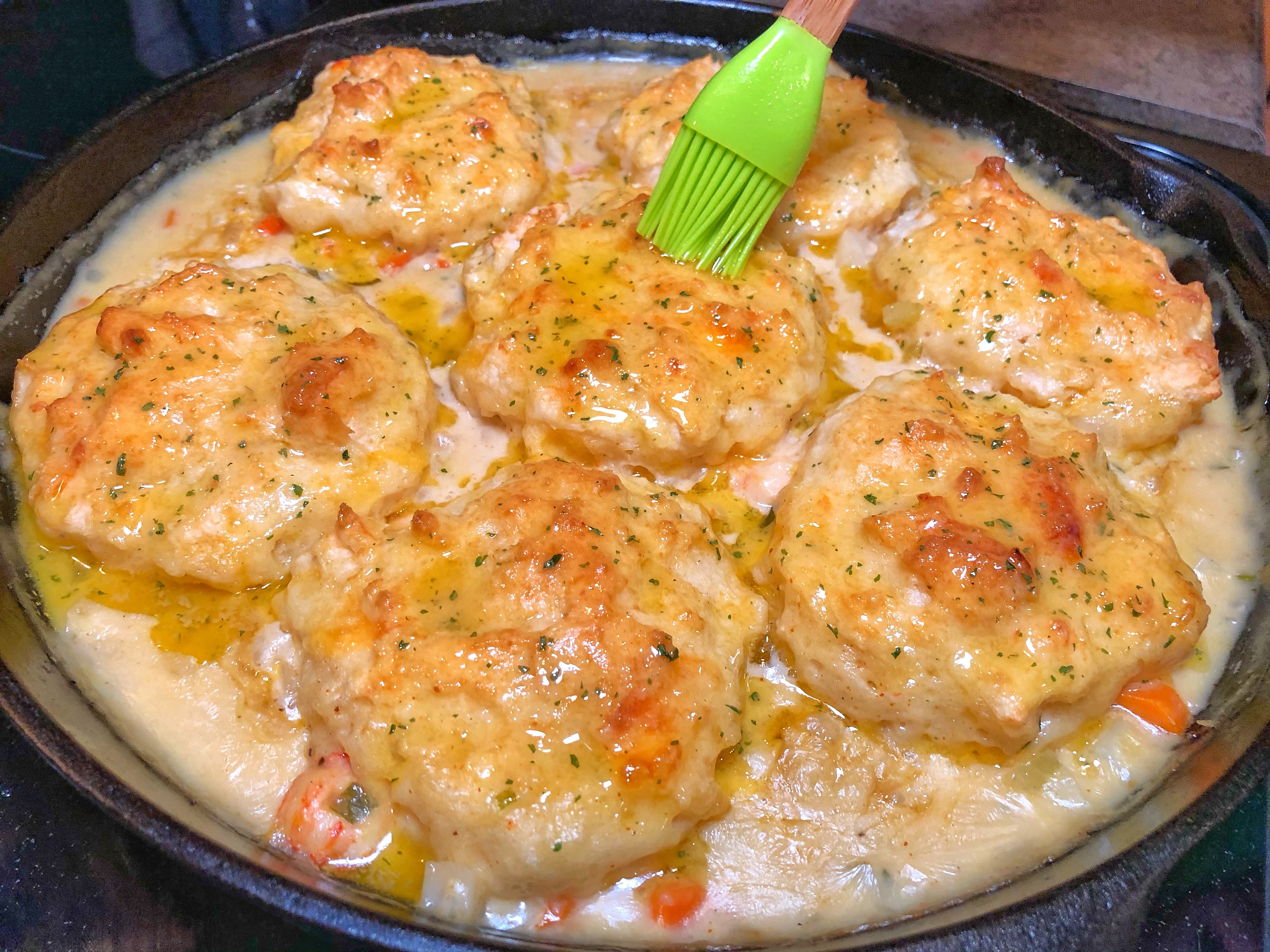 Remove from the oven and brush on the garlic butter mixture onto the biscuits. We then put it back in the oven for an addition 3-4 minutes until it was nicely brown. 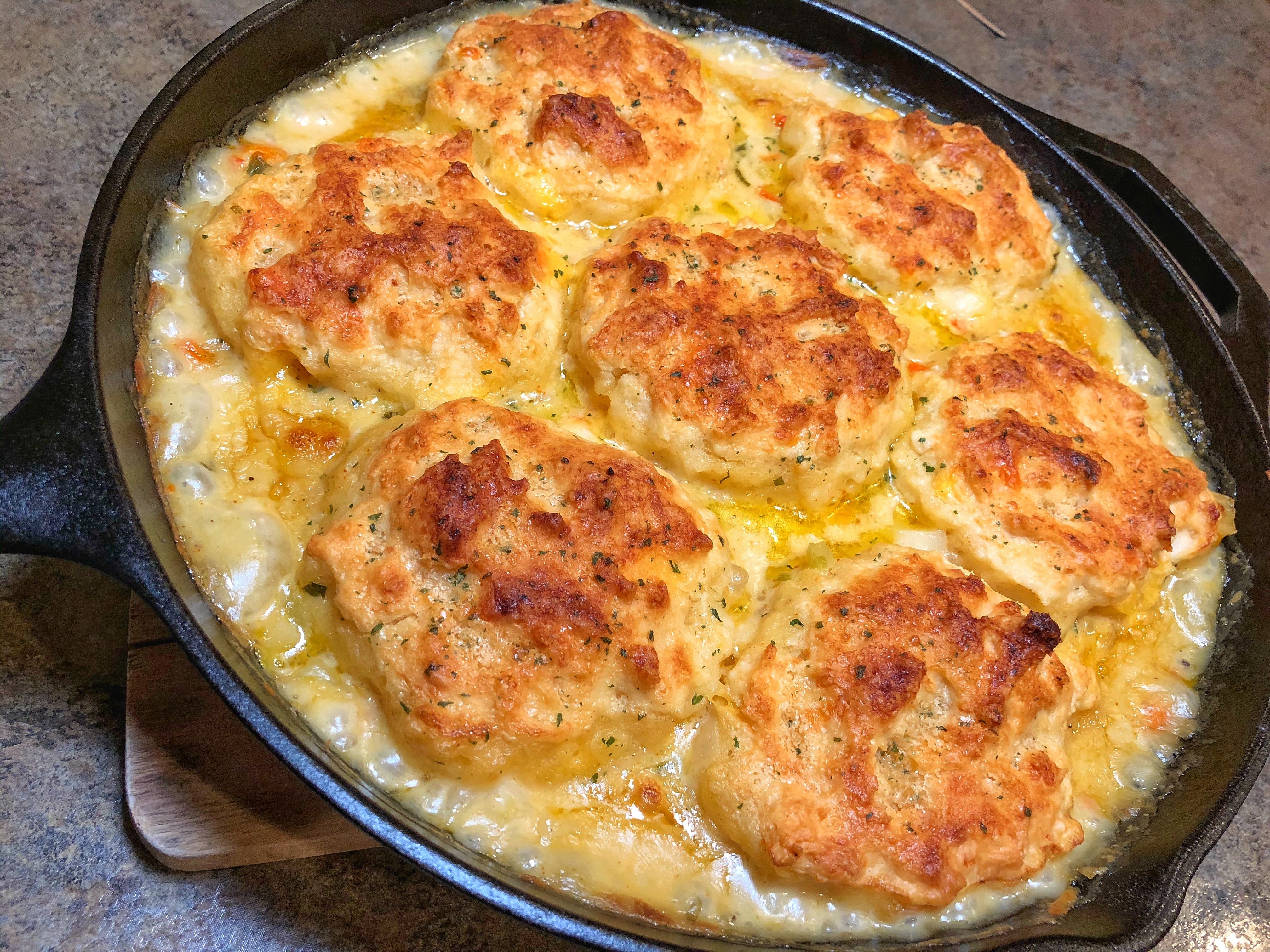 Some things to note. Cayenne definitely adds a kick so adjust to your liking. We would start with a dash and move up. Peas would be a good addition to the recipe. The recipe that we found and used as the base called for sherry. We couldn’t find sherry so we used a lovely chardonnay we found at Trader Joe’s called Big Churn. The bottle was $6.99 and we would absolutely recommend it. It was just as bold as a red wine. We also used one cast iron skillet to cook up the whole recipe. If you’d like, you can make the filling and transport it to a different baking dish to finish up the baking portion of the recipe. Hope you enjoy this recipe!

Umami Fries Opens Up In Dinkytown

Omg, can’t wait to try this, it looks amazing.

Can you use scallops instead of the langostino tails. I am allergic to shrimp.

You could put anything you want in it.

I made this today with Tony Chachere’s – delish!

I have sherry instead of wine so would I still use 1/2 cup?