Phatphood Eating Twin Cities: Davanni’s – What a coincidence, DAVANNI’S and myself both turned 40 this year, so why not celebrate this born day anniversary together? 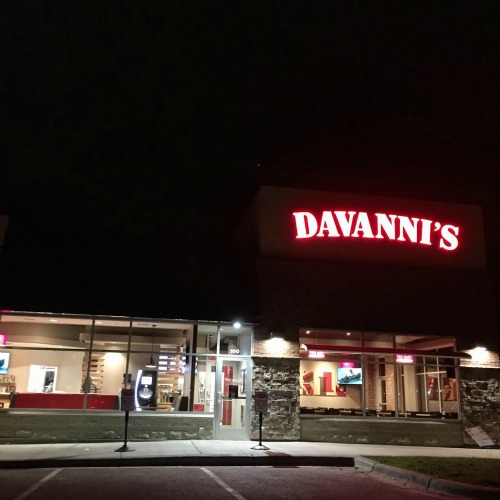 DAVANNI’S is a family-owned company based in Minnesota with 22 locations in the Twin Cities. The first of which opened on Cleveland and Grand as Pontillo’s on October 1, 1975.

Ever since my mom introduced it to me, I have always frequented the Brooklyn Center location and even had my 14th birthday party there since it is such a favorite of mine.

They were the first restaurants to offer hot hoagies, and I fell in love with the ham hoagie at first bite.  It is actually the only place that I eat ham from.  On the exact day of their Anniversary, DAVANNI’S opened their Chanhassen location as well as their newly remodeled Edina location.  Now living in Savage, I figured I’d go check out the new Chanhassen location to celebrate with them. 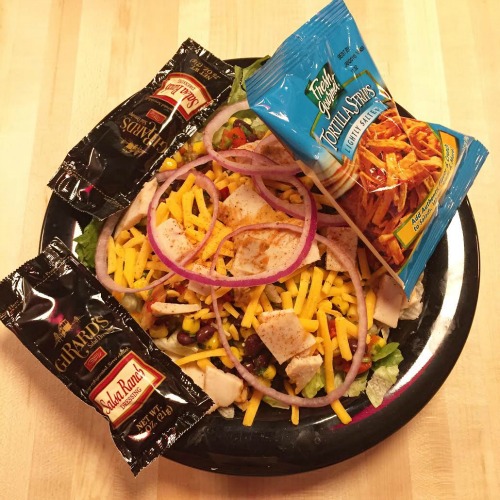 I started off with a Southwestern Salad with chicken – lettuce mix, black bean and sweet corn salsa, chicken, cheddar cheese, red onions, fajita seasoning, crunch tortilla strips and topped with chipotle salsa ranch dressing.  I typically don’t order salads much when I go out, but this is one of those salads that makes you crave it on each visit, just a good mix of flavors and zest! 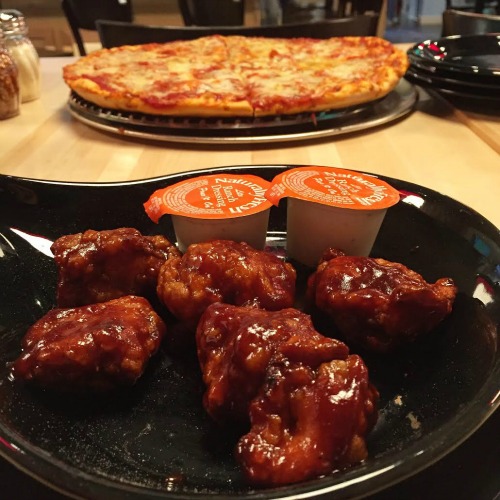 Now, I’ve never had the Boneless Wings from DAVANNI’S because that is simply not what they are known for, but they offer them as a sharable side and it is never too late to try something new.  Had the BBQ sauce option.  That is some tasty BBQ sauce!  Something you may want to order for a group or if there are kids in your party. 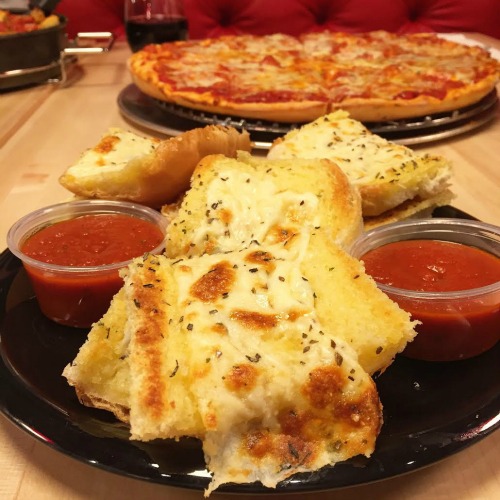 DAVANNI’S garlic cheese bread – different, in the best way. They use their hoagie buns and smother it with a garlic butter spread, add some mozzarella cheese and BAM!  Simple and Instant gratification.  Available on white, whole grain, or ciabatta and served with a red dipping sauce.  Legendary! 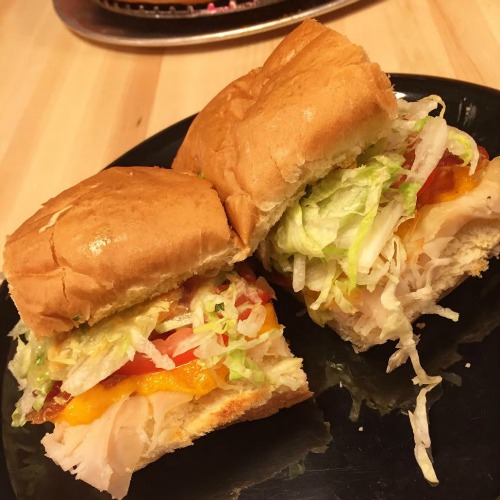 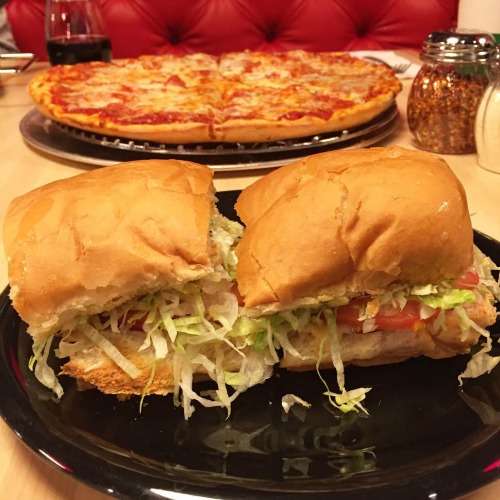 Hot hoagies…yum!  These little bad boys can be order as halves or whole.  I recommend going for the whole or getting two different halves such as I did this evening.  On one half, I had Turkey Bacon Chipotle or if you like using short text, TBC – Turkey and bacon topped with garlic butter and cheddar cheese, then broiled.  Dressed with tomatoes, lettuce, chipotle mayo, onions and their very own secret dressing.  I recommend getting extra secret dressing, but I’m a sauce freak, and this sauce is awesome sauce!  Great hoagie; you can never go wrong with anything that has bacon.  I had the Club for my second half, which has Turkey, Canadian bacon and pepperoni.  It also has the same fixings as the TBC and tastes just as good.  Again, get extra dressing and high five me when you see me. 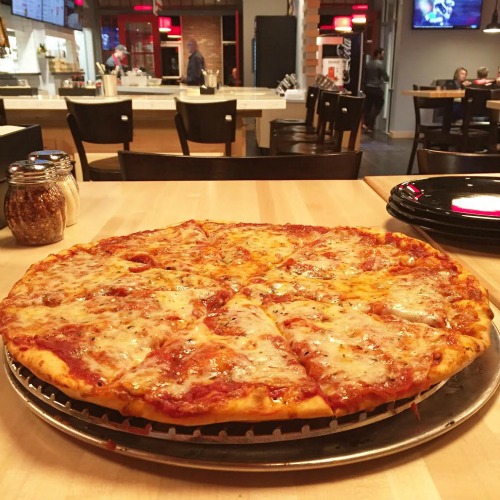 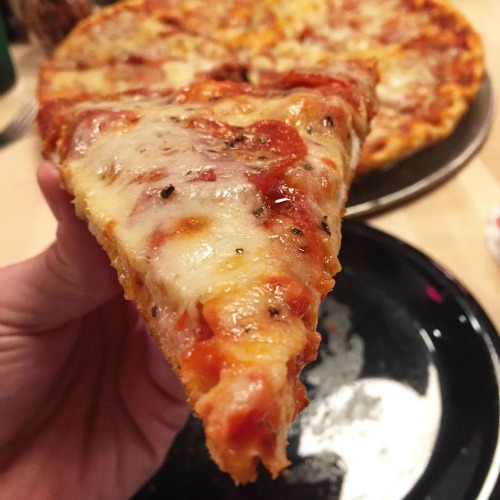 Pizza, can’t forget about pizza, especially at DAVANNI’S since they have some delicious crusts no matter the thickness.  First up was Ironically their first and most popular pizza, the Works – pepperoni, sausage, hamburger, mushrooms and red onions.  When I was a kid, I hated deep-dish pizza.  I always discarded the crust; thought it was a waste of belly room.  I love the deep-dish crust here.  It has just the right amount of crunch and consistency.  In fact, when I order pizza from DAVANNI’S, I always order it deep-dish style.  That, however, didn’t stop me from trying a good ‘ol Traditional Pepperoni Pizza.  A chewier crust, a little bit of bite followed by a little bit of pull and tear.  Another good consistent ‘za if I do say so myself. They now have a gluten-free crust (also wheat free) available at all locations but one (25th & Riverside in Minneapolis). 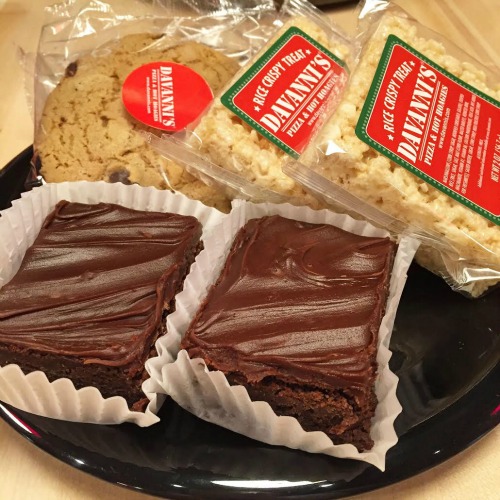 They offer three simple desserts – Fabulous Brownies, Rice Crispy Treats and Chocolate Chunk Cookies.  The brownies really are fabulous; addictingly good.  Oh, and they sell them by the tray if needed.  Needed! 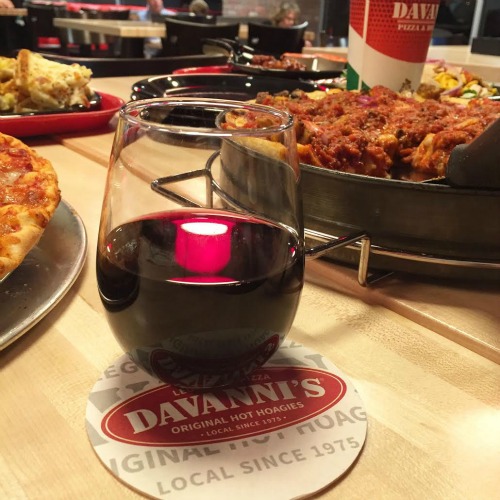 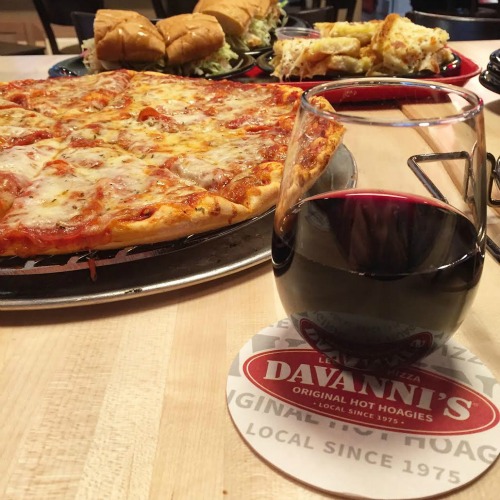 I am enjoying a lot of food as you can see, but after all, it is a celebration.  Being at this new location, I also got to experience something new that they have added – local craft beer options (at all locations except Riverside) with tap beer available at Edina and Chanhassen, as well as wine to six locations (Edina, Eden Prairie, Arden Hills, Minnetonka, Eagan, and Chanhassen).  I am a wine drinker, so naturally I had wine.  They have a few options for both red and white, but the Charles & Charles Cabernet Blend is a perfect choice. 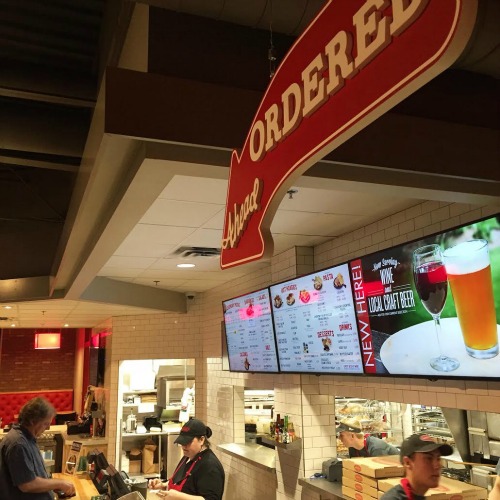 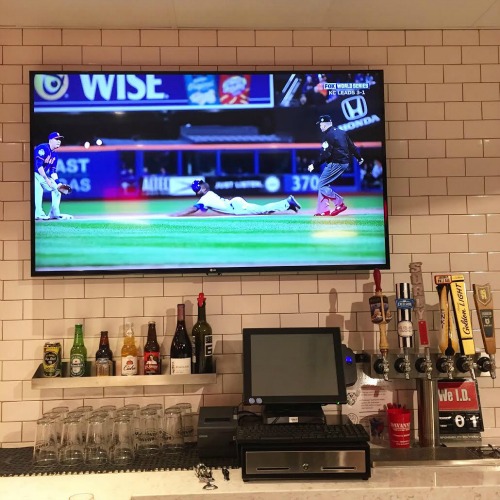 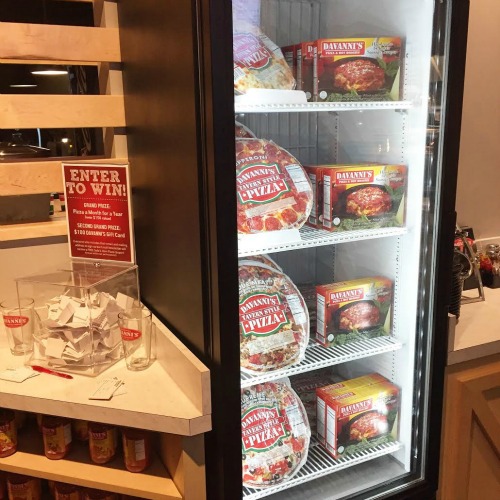 I love what they’ve done with the place.  A vibrant new modern look with a spacious layout and now, a bar.  I was also amazed to see that they sell frozen lasagna and pizza in a display case by the ordering counter. I never even knew they had this option of easy take n’ bake.  Video menus at the counter, flat screens viewable from all tables, and a Coca-Cola Freestyle machine is what to expect when dining at DAVANNI’S.  Can we do this again when we both turn 50?