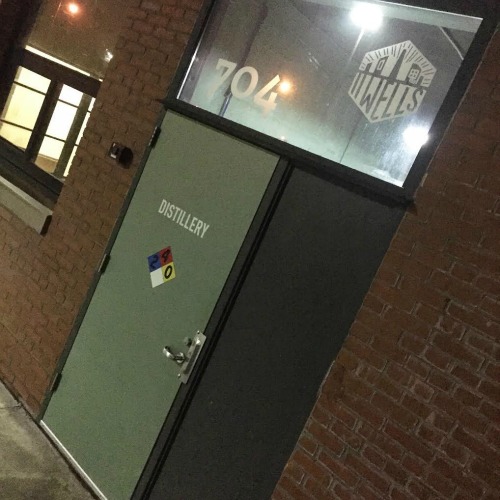 Phatphood Eating Twin Cities: B-52 Pop Up Dinner – B-52 decided to do their first ever pop-up dinner led by Chef Jason at a secret location on Saturday December 12th, 2015 at 6pm with a text just two hours before from sought out event planner Traci Czech.  The location happened to be at 11 Wells, a distillery located in the historic Hamm’s Brewery on Minnehaha Avenue in St. Paul. 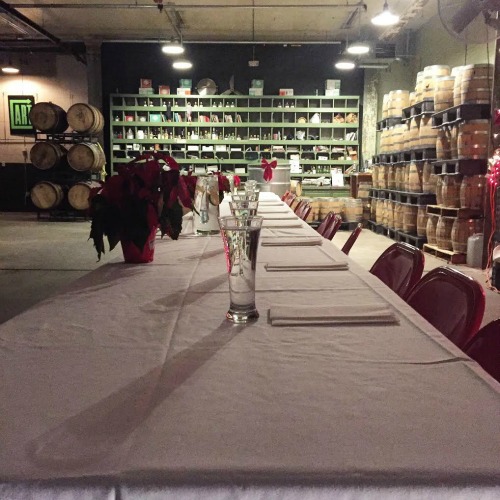 We were greeted by Tim Egbert, a mad scientist of spirits whom educated each and every of the fifteen guests that attended this secret feast on what they make as well as the process.  Due to cancelations they decided to seat everyone on one long table which was good for presentational purposes but not so good with getting to know your neighbors.  I have to admit, it was nice to sit in a distillery and admirer all of the equipment and machinery while drinking their product and enjoying some grub. 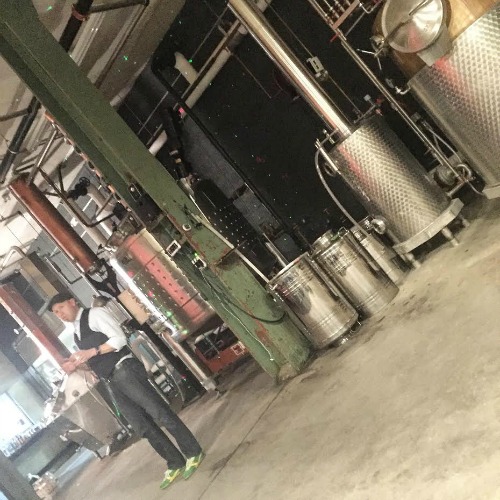 Here is what I had for the five course meal paired with drinks: 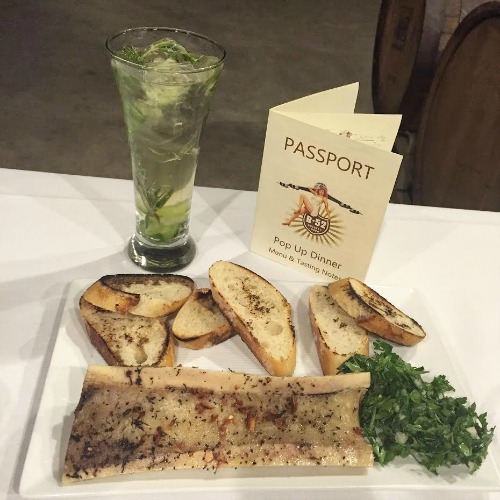 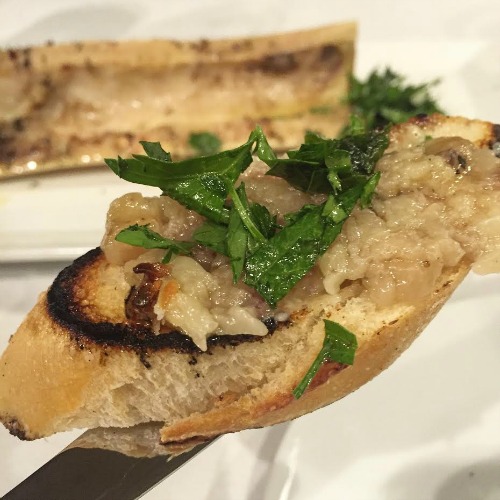 Bone Marrow with Toast Points – The beef marrow bone is roasted with herbs and spices. The marrow was sourced from Hometown Meats in Inver Grove Heights. The toast points come from a local bakery, Denny’s 5th Avenue in Bloomington, MN.  Paired with a Christmas Cocktail.   I do not believe there was alcohol involved in this drink, but the bone marrow is a meaty jam to this toast, that is a for sure.  Great taste with a good amount of garlic, bravo! 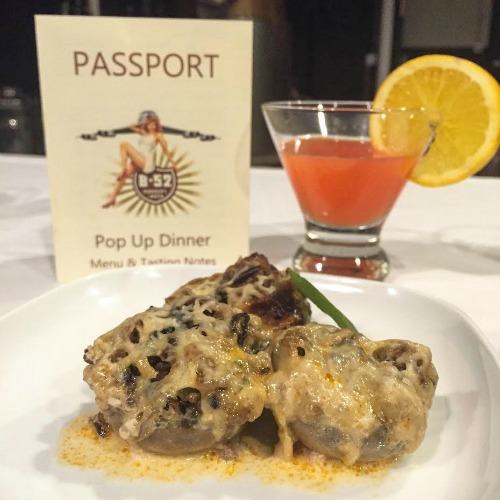 Chorizo and Wild Rice Stuffed Mushroom Caps – Chorizo is provided by a local mix company. This is a spicy pork blend, mixed with the mushroom stems, shallots, and local wild rice. They are baked and smothered with parmesan cream sauce. Paired with a Planterns Punch.   Both good, I enjoyed the punch and the Chorizo wasn’t overbearing the mushrooms.  It also worked well with the parmesan.   I would order these frequently as an app if they were available at a favorite spot.  Jason, make this happen. 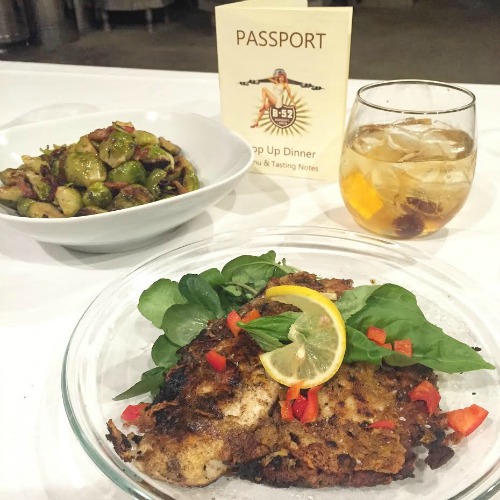 Parmesan Crusted Tilapia – Most of the items from this dish are supplied from Urban Organics directly next door to 11 Wells here in St. Paul, MN. The tilapia is the freshest fish you can get here. Harvested this morning in fact. It is lightly crusted with parmesan and served on a bed of watercress they also grow next door. The watercress adds a vibrant spice to the dish. Shareable Brussel Sprouts are on the side and is paired with Rye Whiskey Old Fashioned.  My least favorite dish of the evening; parmesan is easy to burn, an in this case it tasted as so in some spots.  I really get turned off when I find bones while eating fish, I found several, so did my neighbors.  After that I was pretty much done with this dish.   The brussel sprouts with bacon were tasty and so was the Old Fashioned. 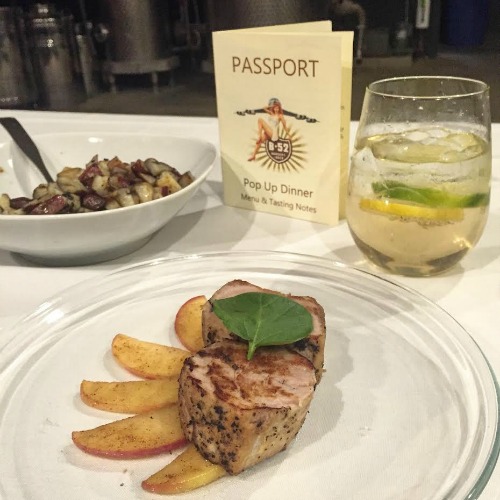 Pork Tenderloin with Cajun Honey Crisp Apples – A match made in heaven. These pork tenderloins medallions have been slowly roasted for extra juicy tenderness. Minnesota’s very own local honey crisp apples are balanced with cayenne, cinnamon, and nutmeg.  A side of roasted red potatoes and paired with what was supposed to be a Cider with a twist, but it was a rum and ginger instead, which I believe was to go with the dessert.  The apples were thinly shaved which I liked so they weren’t the star of the dish.  The pork was cooked near perfectly and the spices worked very well.  Shame though that the cider wasn’t served with this dish because I think it really would have accompanied it well. 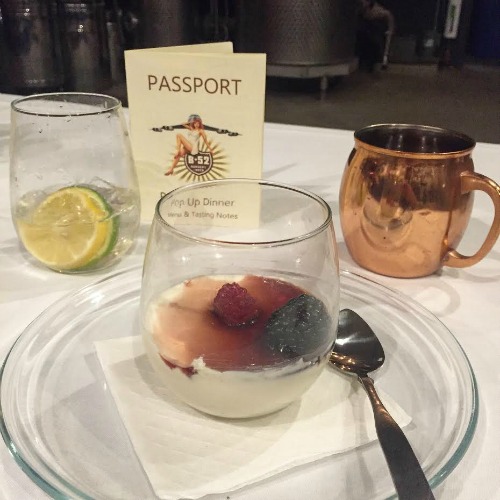 Panna Cotta with Cherry Liquor – Paired with a Rum and Ginger from the last dish, but also with the Cider with a twist now.  Terrific with the cherry liquor addition, and an ample amount of Panna Cotta satisfied me for this finale. 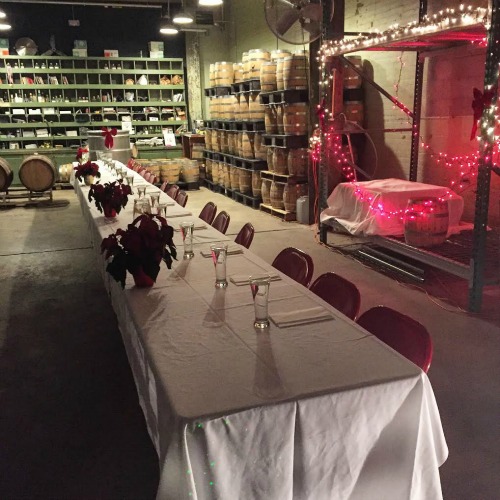 Overall, a great experience.  I would love to enjoy some other dishes by Chef Jason and his team.  Cool location for this pop-up, very intimate and felt like a secret diners club of some sort.  Can’t wait to give the next operative a try.