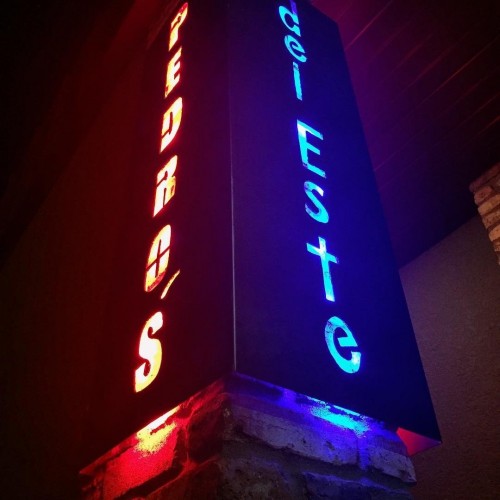 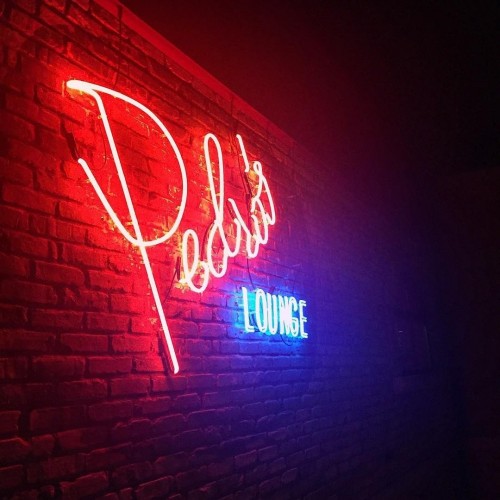 The vibe is unparalleled to its sister restaurant, San Pedro Café, that has been a popular success since 2000.   Pete Foster, who also owns long standing Barker’s Bar & Grill (1988) decided to add this new restaurant just east of his last, hence the name; Pedro’s del Este.  Some may be scratching their heads asking; why directly next-door?  Well, Foster says that the Café is always full during peak dinner hours and he doesn’t like to see customers waiting for any amount of time, so why not give them an alternative.  You can literally never have too much of good thing, and if you have already dined at San Pedro Café, you already understand its popularity. 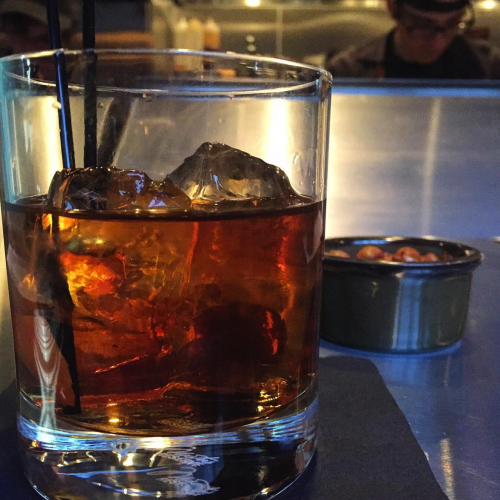 I was lucky enough to score a spot at the Chef’s bar, a five-seated stainless steel bar with a view of the chef’s doing their thing, it really is a culinary experience.  These chef’s interact with you and don’t mind you staring at their craft and asking question, they are happy to engage. There are thirteen craft cocktails and seventeen small plates on their menu and typing of cocktails, let’s dip into what they have to offer here starting with a Latin Manhattan – flor de cana grain reserva 7-year rum, carpano anfica sweet vermouth, orange bitters, paired with some complimentary fried chickpeas.   This is straight up good, keep’em coming! 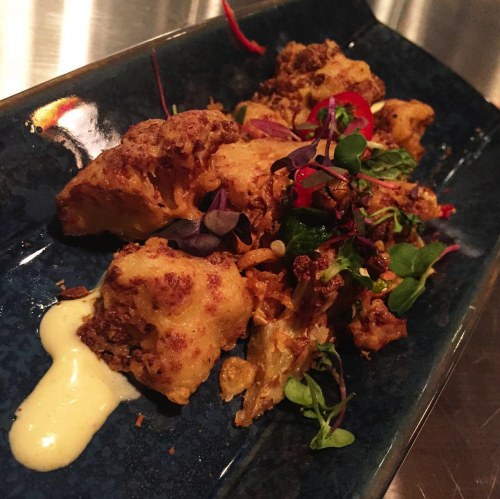 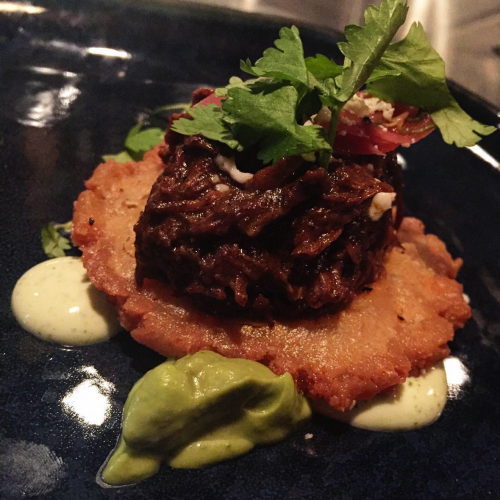 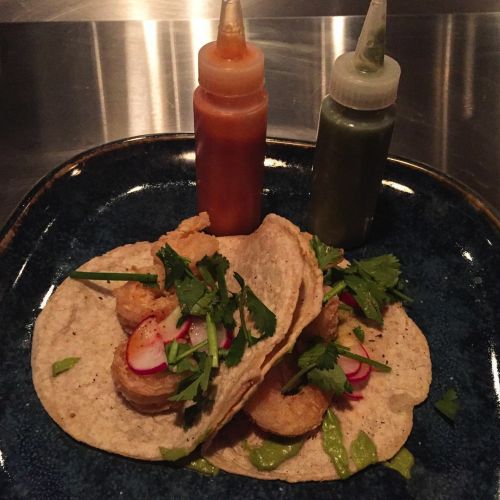 After-all, it is Tuesday…so Tacos it is!  Semanal – Fried Shrimp, house made corn tortillas, mojo pocon, salsa verde. Light, flavorful…these did their job, I’m satisfied off of only two.  Not to mention that serving them with the two different sauces on the plate is just a dope concept, and it keeps track of who steals the sauces. 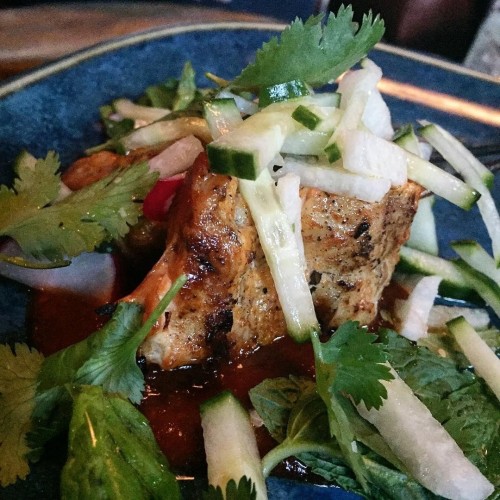 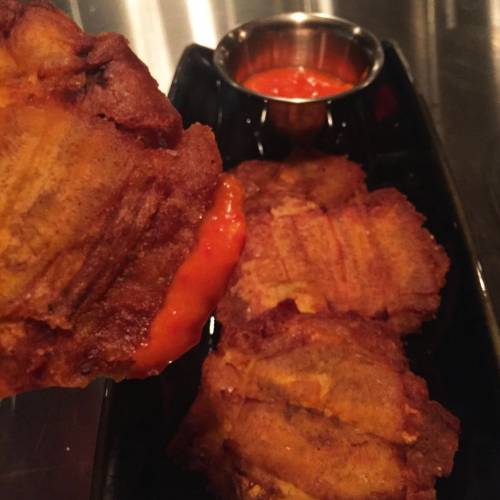 Plátanos de Canarias Fritos – fried plantains, mojo picon. That sauce won me over. I need a jar of this to take home.  Oh, Mr. Foster… 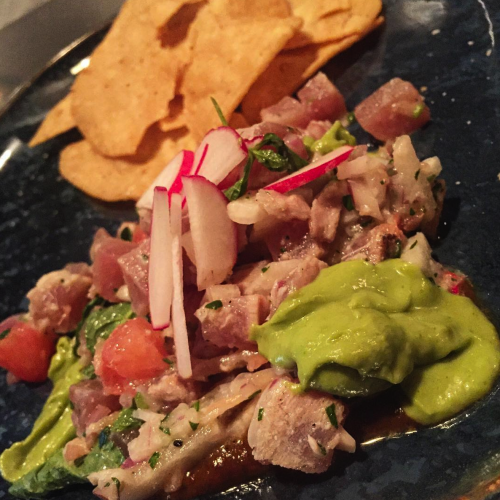 Grilled Ahi Ceviche – ancho, grapefruit, cilantro, mint, avocado, tortillas. Probably one of my top 5 ceviches.  This dish is just so well balanced, it has the same sauce as on their barbacoa dish…amazing. 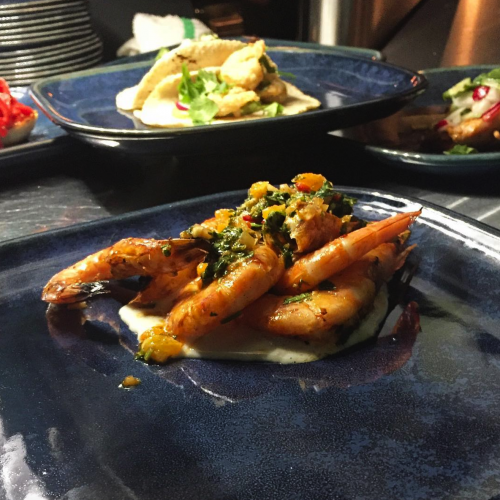 Gambas al Ajo – grilled prawns, citrus, charmoula, ramesco.  Outstanding flavor on these, if you dine/lounge here, do yourself a favor and double order these. 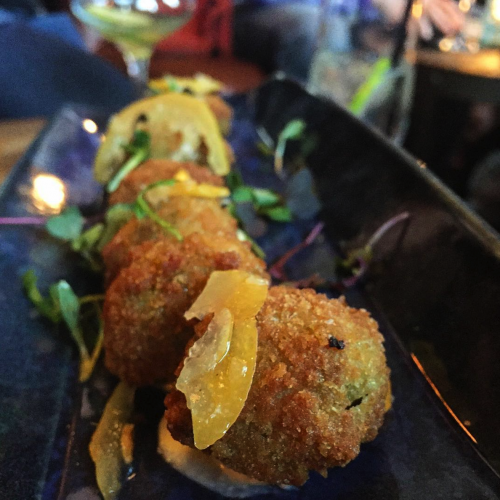 Fried Chorizo Stuffed Olives – preserved lemon aioli, Spanish olive oil.  These taste a lot like olives, not much masking going on here. I don’t like olives, so you’ll have to get your opinion from someone who does or just come try them for yourself. 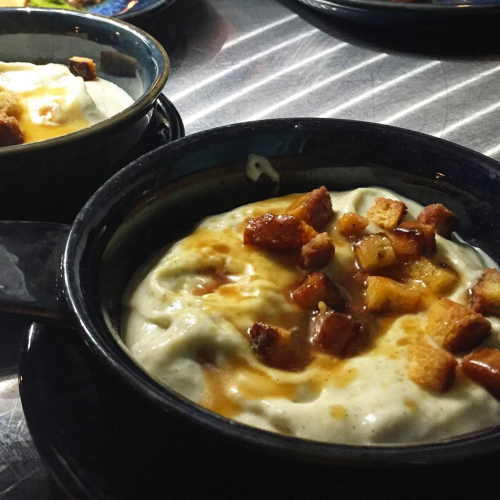 Plataño Custard – roasted banana, key lime caramel, brown cake. Something I’m not use to, different, but in a unique, yet, good way. 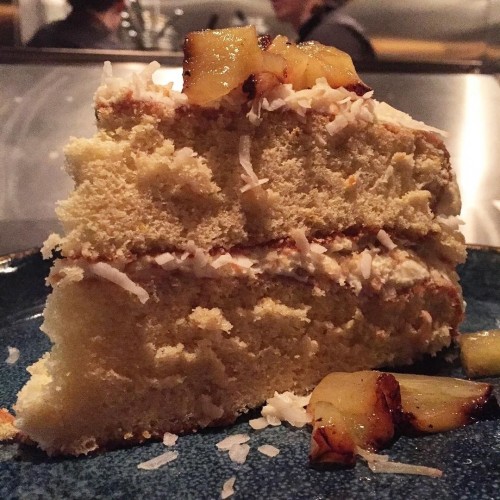 Torts De Coco – coconut cake, key lime frosting, toasted coconut, roasted pineapple. They really know how to craft some desserts here and at their other two restaurants in town.  I still can’t get enough of the Tres Leches and Habanero Torte next door.  The just keep surprising me with their sweets.

With its appealing location, unique cuisine and ambiance, and history of its family’s successes, Pedro’s del Este will be a valuable addition to Hudson.

Awesome review. I love the pace and the organization of your review, and we love love love San Pedro’s. Walked through the new space last week but haven’t tried it. Now we will!