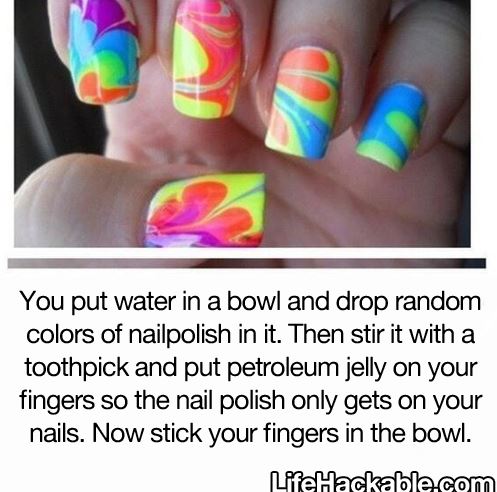 We have tried out lots life hacks and not many have worked the way that they were described. Generally we don’t post them but we decided you should see our fails. Most fails come with a lot of laughter, so it’s worth the effort.

Look at the picture above – the groovy nails. Looks cool, right? All you have to do is put several drops of your favorite nail polish colors in a bowl of water. Mix the nail polish with a toothpick.

Put Vaseline on your fingers (not the nails.) Dip each nail in to the water for the results above. NOT! Check out Shirley’s nails after we followed the directions above. You can’t really tell by our bowl after mixing with the toothpick, but we did add 4 different colors. It’s a bust. Big fail. 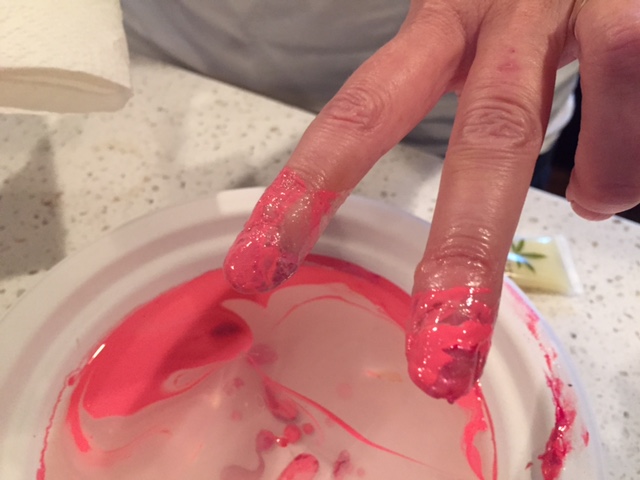