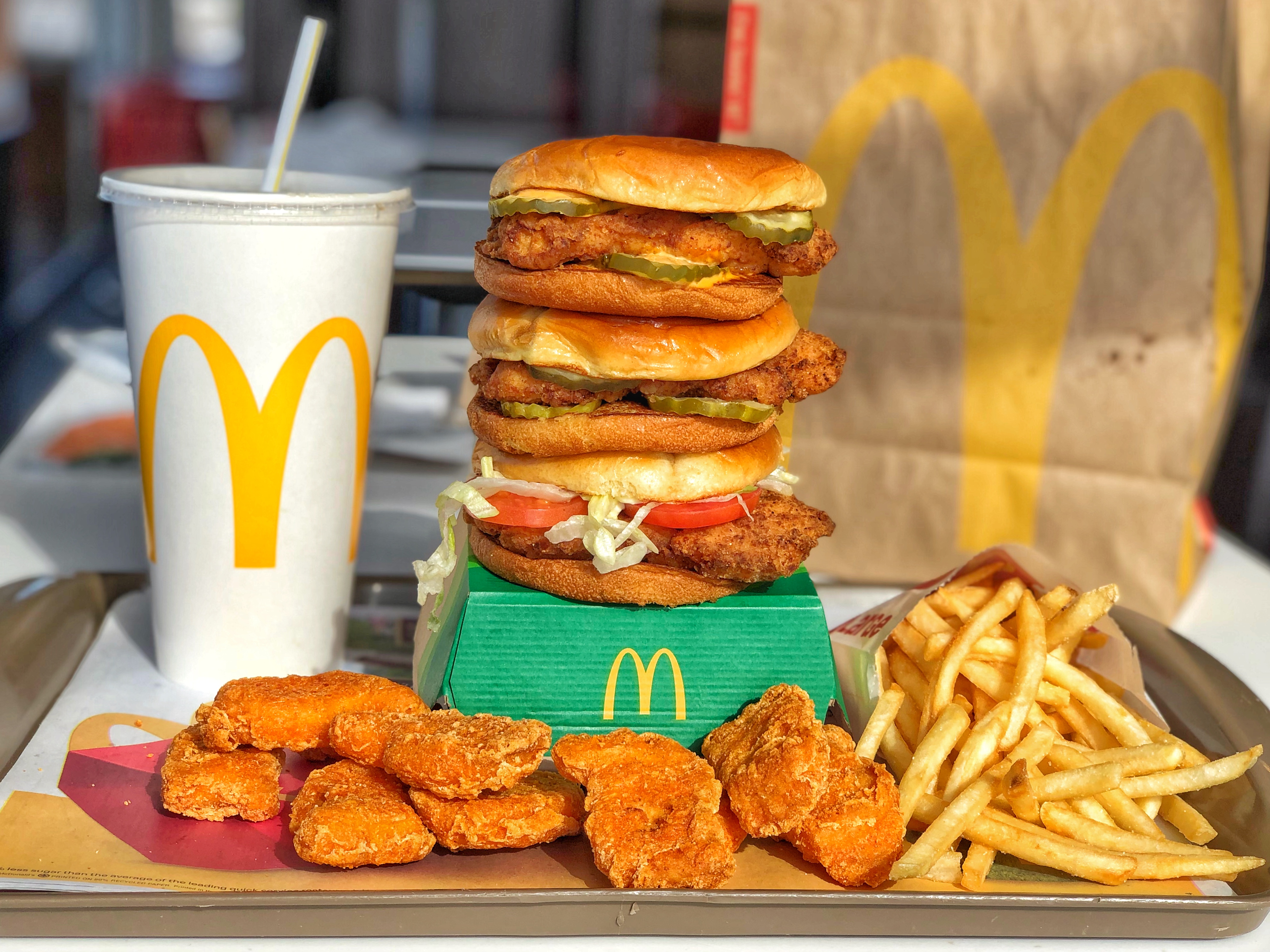 McDonald’s is saying goodbye to their buttermilk chicken and launching a sandwich that features a brand new crispy, juicy, tender fillet made with all-white meat chicken.  They are serving it up three ways – Crispy, Spicy and Deluxe: 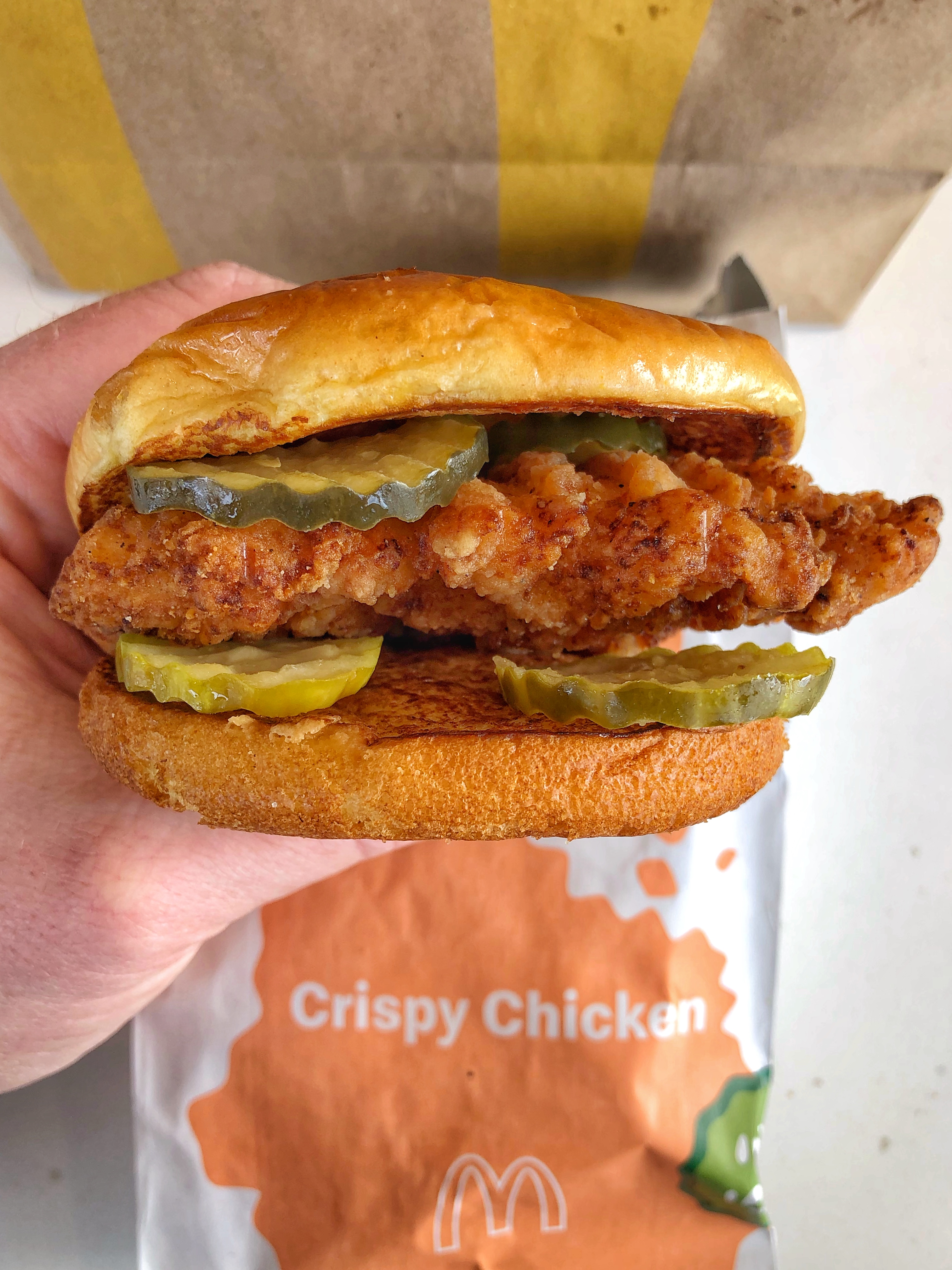 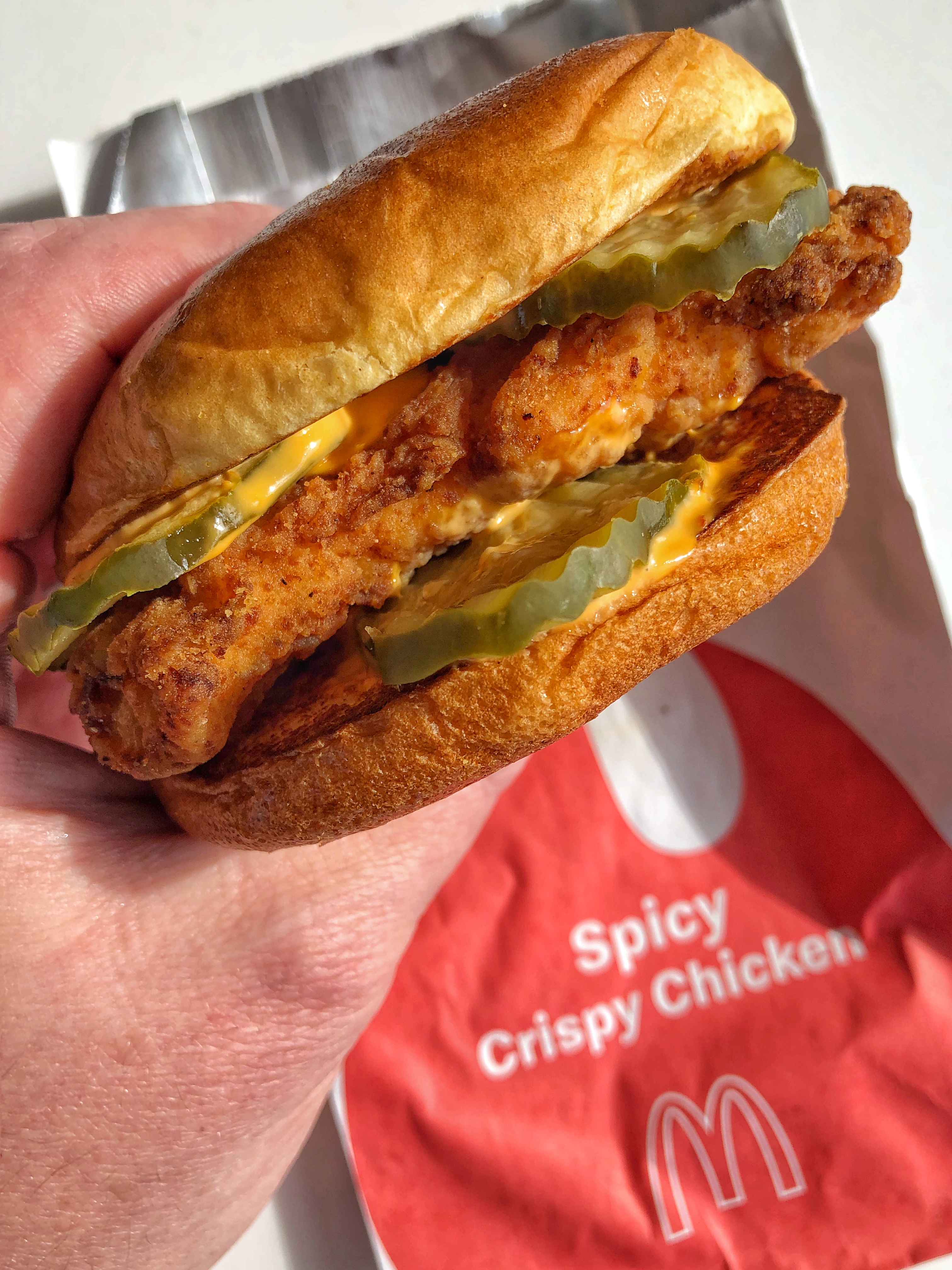 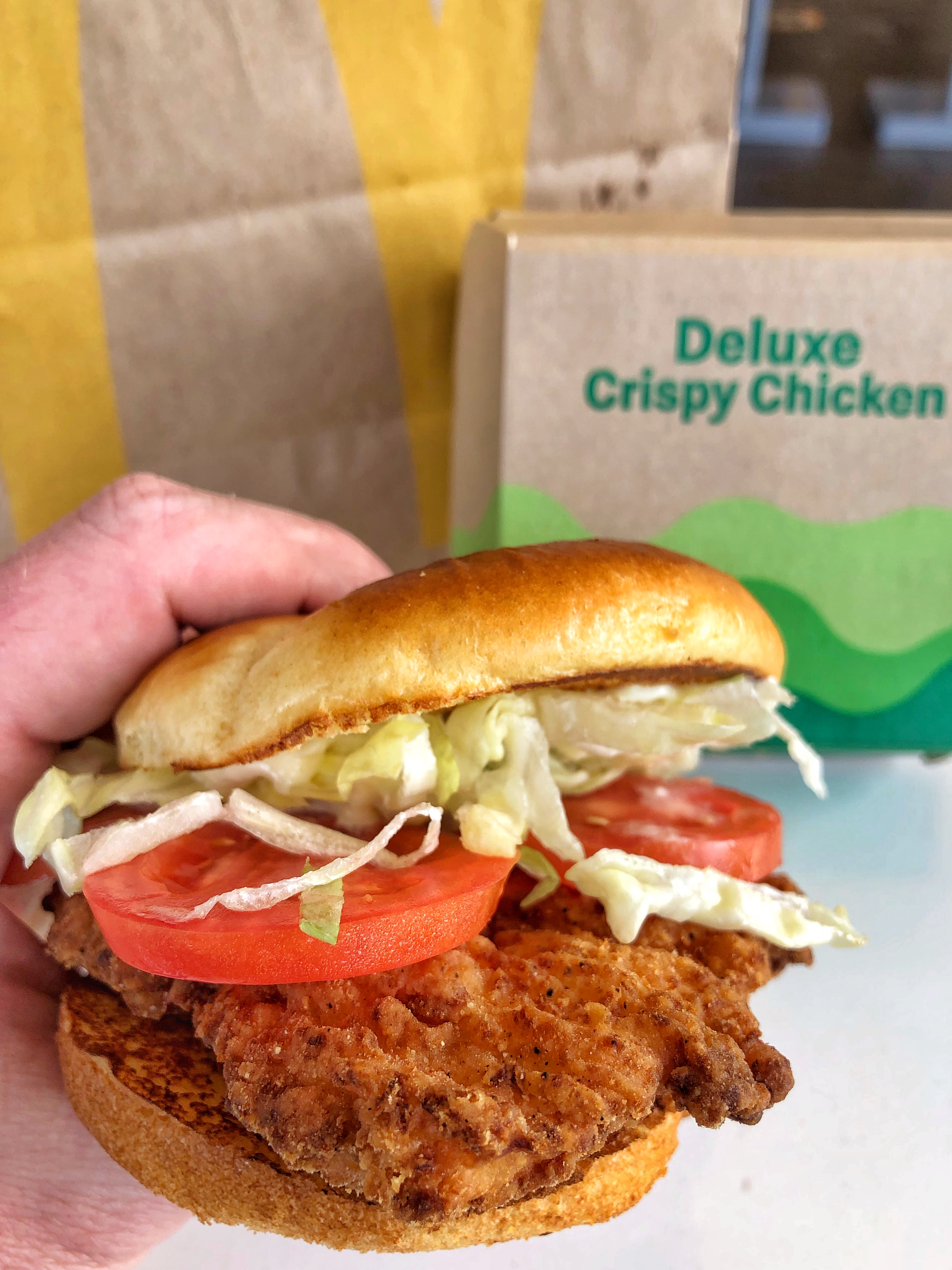 At first bite, that bun is pillow soft and delicious.  The chicken is perfectly crisp and very juicy.  It definitely goes head-to-head with Chic-Fil-A.  With this new bun though, McD’s reigns supreme.  I do appreciate the slightly bigger crinkle cut pickles compared to the ones they’ve been using across the menu since birth.  As a whole, I’m really diggin’ the new line up.  I firmly believe that McFans everywhere will be equally impressed.  Okay, everyone is probably mostly interested in the sauce on the Spicy Crispy Sandwich.  It’s cool.  It’s has some heat but nothing too extreme.  Mighty Sauce is much hotter.  To me, It tastes like a creamy Buffalo sauce with a little less tang.  I’d ask for extra right away if I were you. Out of the new three, I would probably only get the plain Crispy Chicken Sandwich again just to pour on one of my favorite sauces that they offer for the McNuggets.  The Bawse move though is to order the Deluxe Crispy Chicken Sandwich and add the crinkle cut pickles and the new spicy sauce in addition to what already comes on the sandwich.  Yeaaaaah!  Thank me later.

Starting February 24th, 2021 the new Crispy Chicken Sandwich will be available at participating restaurants nationwide via carry-out, Drive Thru, the McDonald’s app or McDelivery.

Speaking of nugget sauce.  I’ve been told that the customers demanded the return of hot mustard.  So, McD’s brought it back like 6-8 months ago, but apparently no one seems to be aware of this.

Disclaimer:  I have a relationship with McDonald’s and I was invited to try these new products early.  All product was comped and I was not paid.  Opinions expressed are solely my own.