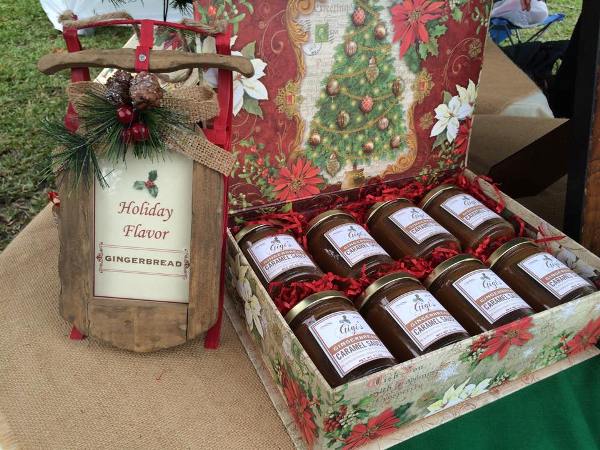 Caramel. That word alone brings a smile to my face. Add the word ‘homemade’ and I get a little giddy.

My good friend Andrea Wilde started experimenting a few years back with making homemade caramel and today she has a thriving business along with her friend Britton Riley.

Gigi’s Gourmet Caramel Sauces are out of this world. Last month I was sent a package of all of their current flavors to sample. I got out a spoon immediately and tried each one. Sooooo good!

Phatphood also received a package from Gigi’s Gourmet and his response says it all, “That caramel is delicate flowing heaven in a jar.” 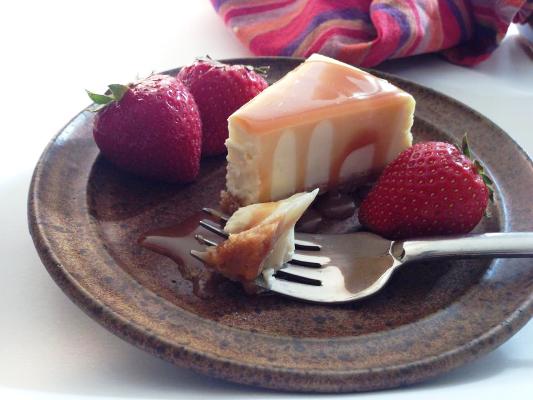 After getting over my sugar high, I asked the ladies to tell me more about their product and how I could share them with the world….

Gigi’s started two years ago when Andrea started experimenting with bacon desserts and came up with the bacon caramel sauce. She came up with several more flavors and launched under the name Gigi’s Gourmet because Gigi is what her grandson calls her. 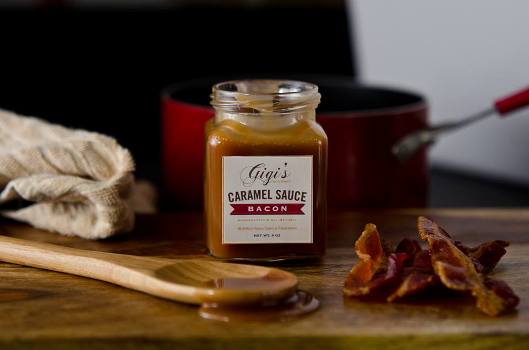 Britton and Andrea have been friends for several years and are both foodies who love to be in the kitchen. They talked about partnering and launching in Tampa for the farmers market season which runs from October through May. They had their first event November 1 and things took off very quickly. They plan to have everything in place to launch in retail stores by February.

They have five signature flavors – classic, sea salt, vanilla bean bourbon, cinnamon butter rum, and bacon. They also offer seasonal flavors. Their fall flavor was Harvest Spice, and currently have Gingerbread, in January they’ll have ghost pepper, and are working on chocolate caramel sauce for February. 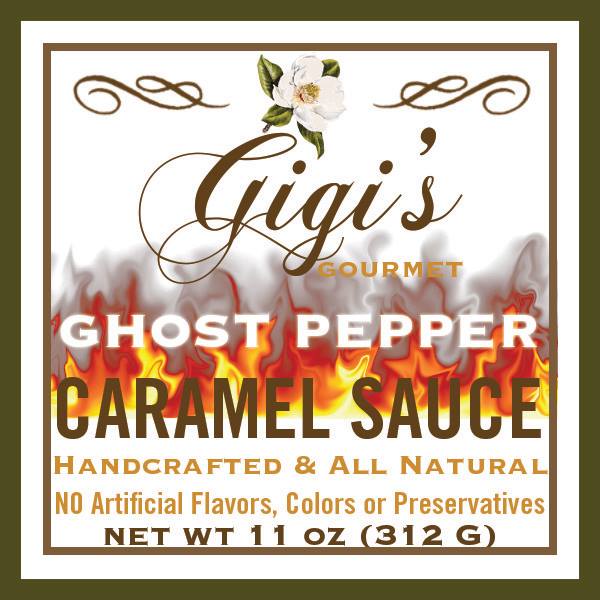 The caramel sauce is shelf stable and is currently undergoing shelf life testing which is done in real time. It is good for up to 3 months (so far) and should be refrigerated after opening.

This is a perfect gift for the foodies in your life. Be sure to like Gigi’s FB – they post recipe ideas as well.