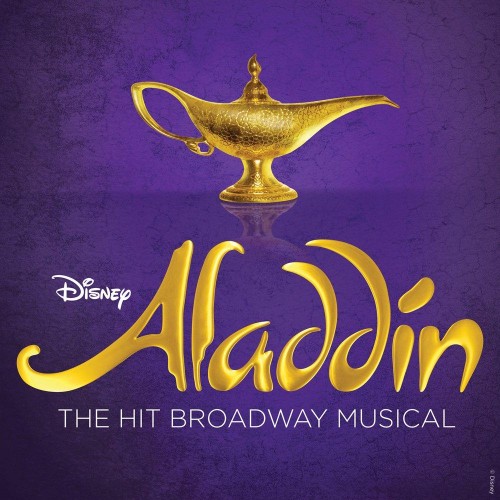 Disney Aladdin Orpheum Theatre Review: It was a colorful and magical delight, that’s if you can make it to the end of the first act. So, the hit Broadway musical Aladdin is currently at the historic Orpheum Theatre in downtown Minneapolis and it has its fair mix of boredom and awesomeness. 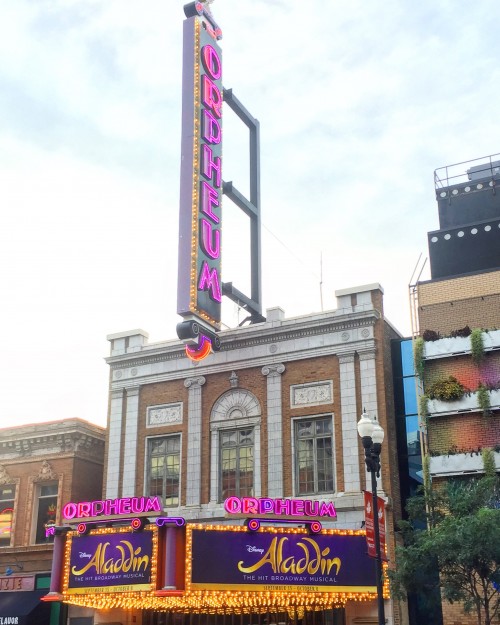 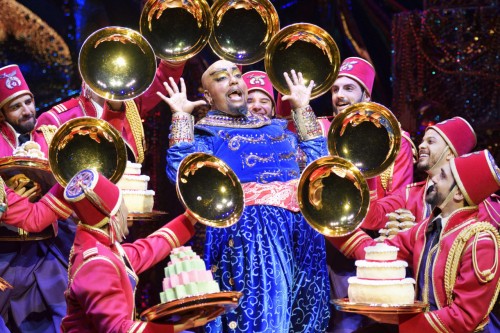 It starts off slow and takes a while to get up to pace, but once Genie (Anthony Murphy) is formally introduced by that accidental rub, things crank-up more than a few notches. Actually, this show really gets to its feet the moment Aladdin (Adam Jacobs) enters the Cave of Wonders when the set transforms into an all gold spectacular display, filled with comedy and jaw dropping stage magic. This is when you realize that Genie is the star of the show, as he pretty much owned the audience after this fifteen minute genie-us performance of “Friend Like Me.”

The show dips back in a slumber for a bit before it jubilates into an emotional performance with the stunning Jasmine (Isabelle McCalla) and Aladdin as they perform “A Whole New World” while taking flight on a magic carpet that didn’t seem to have any wires what-so-ever. The set was mesmerizing, with a dazzling display of astrochemistry. With scenic designs by seven-time Tony Award winner Bob Crowley, you know you are going to get a visual orgasm. 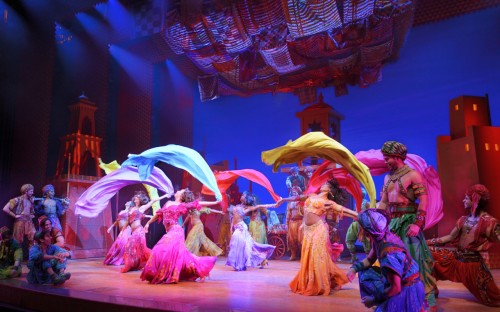 My favorite character from Aladdin has always been Lago, and Reggie De Leon did not disappoint.  This loveable-huggable sidekick of the evil Jafar (Jonathan Weir), was just a joy to watch every time that he took stage.  From the wisecracks to his penguin like waddle, you will appreciate that he isn’t a scarlet macaw for this Broadway performance. 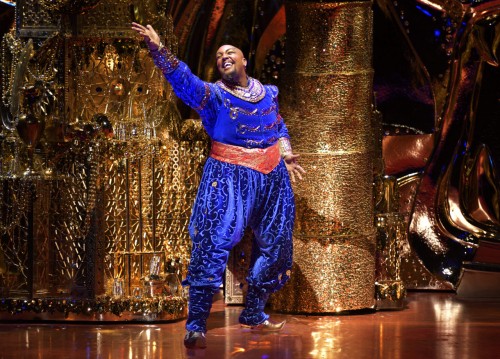 The comedy is there, the choreography is there, the costumes, bedazzled and sequenced, were there, and the magic…was definitely there! Thus, accounting for 51% of the show, making this a must see. Just know that the other 49% is somewhat lackluster in the two hour ten minute seating (not including the intermission). I probably wouldn’t go see Aladdin for a second time, but I am very appreciative that I did get to experience it.

Showing until October 8th, 2017. You can purchase your tickets here.