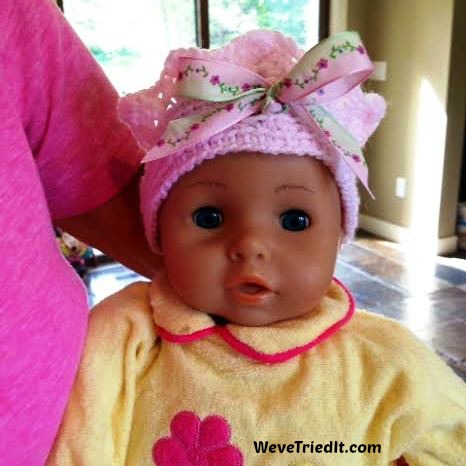 Crochet Baby Crown Pattern Free: While scrolling through my Facebook feed I saw a photo of a baby girl with a crocheted crown on her head and almost died from the cuteness! Seriously! I can’t remember who posted the picture otherwise I would have asked for permission to share it.

On a mission to have a few made for an upcoming baby shower, we commissioned Shirley’s mother Tresa. She not only made one, but made 3 in one day! Starting off with a 0-3 months, she moved on to making a bigger one for the big sister to wear too! 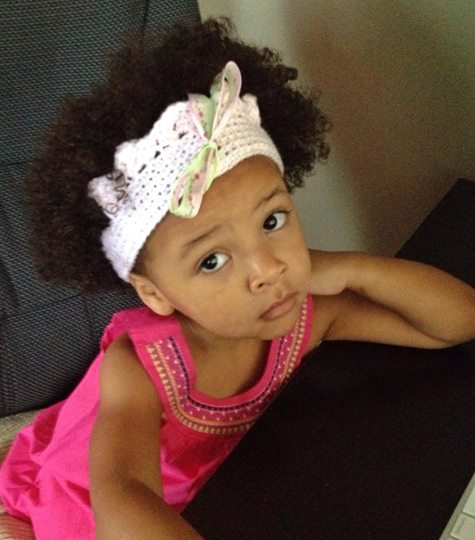 The first one Tresa made she did not make the tail long enough and it took about an hour to complete going step by step. The other 2 only took about 15 minutes each. 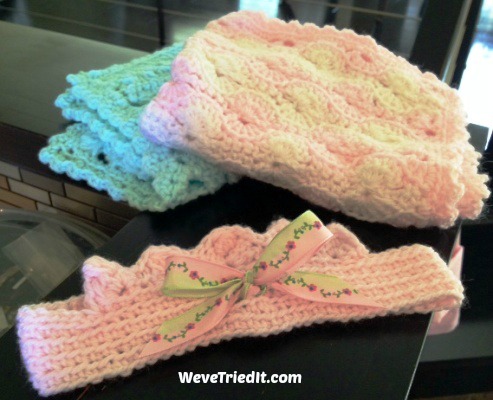 Tresa is excited to make more of these adorable crowns to donate to a local fundraiser. She did not have Simply Soft yarn, but used the baby yarn she had available, which is a little thinner.

Instead of posting the pattern on our site, we thought we should give credit where credit is due and send you right over to Stitch11.com. 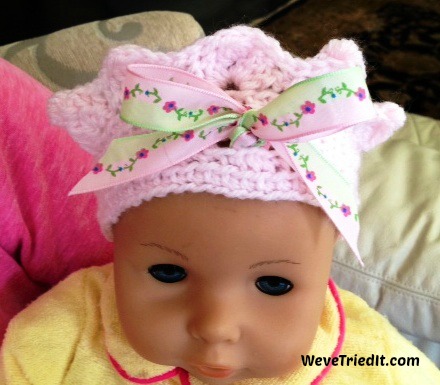 That is the famous Danni Starr’s daughter, she is adorable.