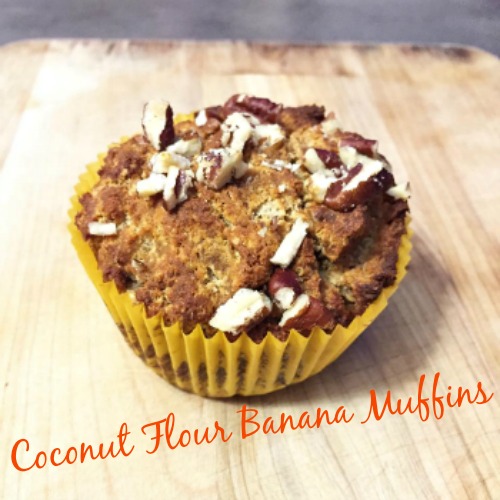 Coconut Flour Banana Muffins Recipe: My house smells great! All I have to say is that they turned out pretty tasty…with a generous amount of butter to melt into the dryness.

I didn’t alter this recipe that I found on My Gutsy blog. However, I added different toppings to each muffin, pecans on some, dark chocolate chips on some and cacao chips in some. Just a dash though. 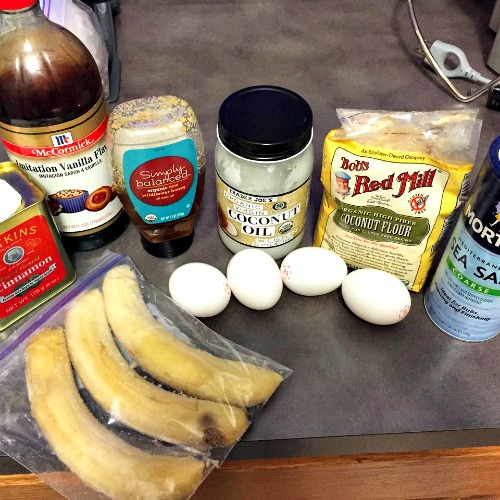 Preheat your oven to 300 degrees. Place liners in your muffin pan.

In a med bowl smash the bananas and mix in the honey, coconut oil, vanilla, eggs, and stevia until combined.

In a separate bowl mix the coconut flour, baking soda, sea salt, and cinnamon. When using a more dense coconut flour it will turn out much fluffier if you sift it first. Use 1 cup of sifted coconut flour.

Add the dry ingredients to the wet and stir until just combined. Spoon the batter into your muffins liners (90% full.) Bake for 65 minutes at 300 degrees.

This recipe was made for Coconut Flour Banana Bread. If making bread add oil or butter to your bread pan and then line with parchment paper. Cut 2 pieces and fit them in the baking pan.

Bake for 75 minutes at 300 degrees. The top and edges should be a golden brown. Remove form oven and let cool for 15 minutes in pan. Store in a nontoxic container in the fridge.