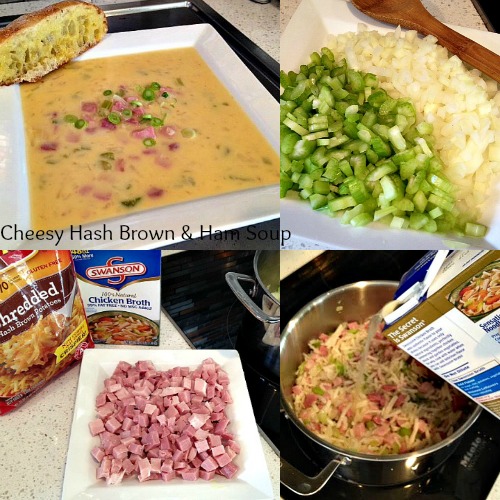 Cheesy Hash Brown and Ham Soup Recipe: I was told this is the best soup that I have ever made. Shirley has been day dreaming about the cheesy hash brown soup that she use to eat back in the days when she was a waitress at Perkins.

Trying to find a recipe that sounded similar to the one she explained was hard. Everything I found called for cans of soup (cream of celery and cream of chicken). When I make homemade soup I don’t like to add cans of soup in my recipes (other than chicken stock.)

I made up my own recipe and she said it is exactly what she remembered.

In large soup pot add 1 tbls. of butter, onions, celery and saute until tender. Add in your ham, hash browns and cover with chicken stalk. Cook for 30 minutes on medium heat. Be sure to stir your soup from time to time. Taste the hash browns at this point to make sure they are tender. 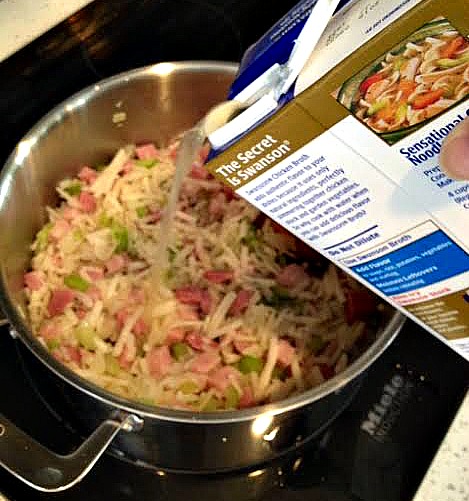 In a small frying pan melt butter and add  flour. Mix thoroughly until it bubbles – stirring the whole time. Once it has bubbled for about a minute add it to your soup. Bring to a boil and stir until thickened.

Now add milk and Velveeta cheese, stir until cheese is completely melted and then it is ready to eat! 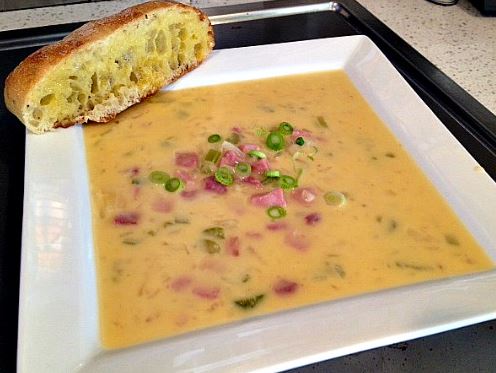 What kind of soup do you think we should make next? Leave us a comment below.