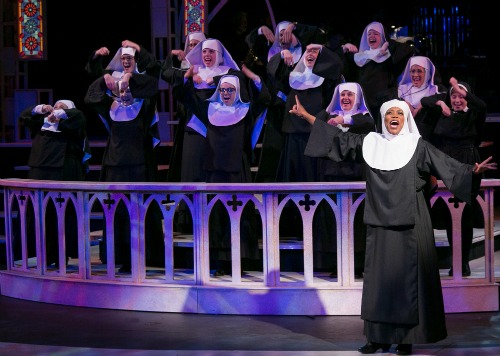 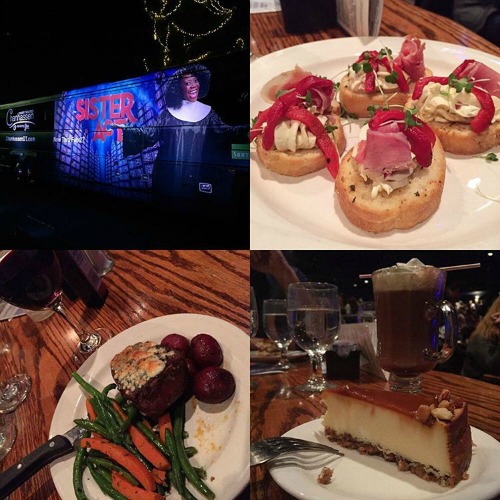 It was a 4-hour evening of good laughs with the best of company over dinner, followed by an amazing adaption of this blockbuster hit made into a Broadway sensation. If you have never eaten at CDT, do not skip dessert. That is all. 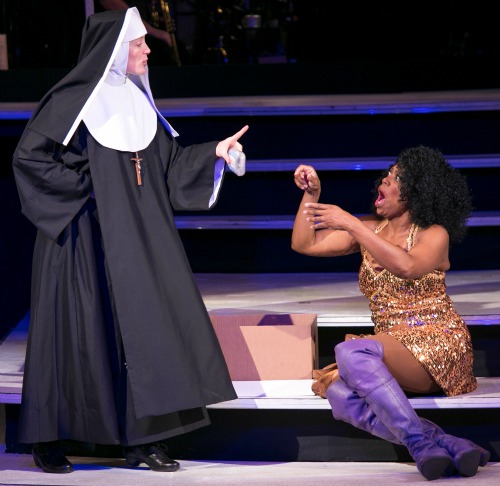 Regina Marie Williams did an outstanding performance as Deloris Van Cartier, a hopeful diva in witness protection at a convent under the alias Sister Mary Clarence hiding from her beau Curtis and his trio of thugs. Regina hits you with not only disco style musical ballads and clap-a-long gospel choir inspirations, but also whimsical comedy with short text lines like “These are my FM boots.” The likeness of the movie tribute did not stop there. Three nuns did an indistinguishable performance as Sister Mary Patrick (Therese Walth), Sister Mary Lazrus (Seri Johnson) and Sister Mary Robert (Britta Ollmann). These three ladies had me to believe I was front row to the movie itself. Superb job! 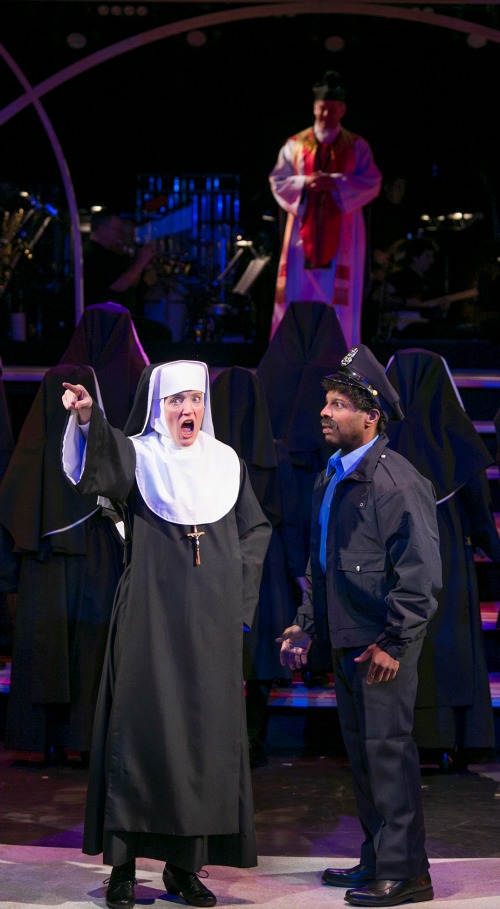 Although the entire cast was amazing and entertaining, there was one that stood out above the rest for me. Sweaty Eddie. That’s right Lieutenant Eddie Souther played by Reginald D. Haney. A somewhat goofy looking character with an oversized mustache that had a surprising voice that had all of them women in attendance swooning for him by shows end. Reginald is a member of Sounds of Blackness making his debut to the stage here at CDT, and I’m hoping he will be back for many more performances. 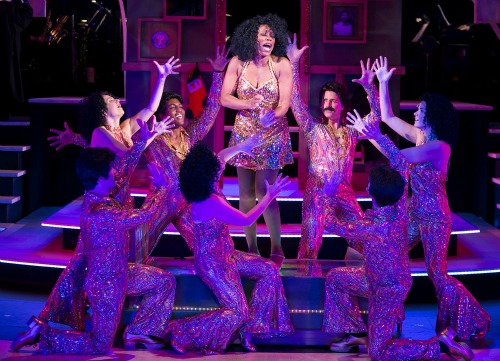 The storyline was quick and to the point without skipping a beat, literally. It was also obviously filled with contagious musical performances created originally by Alan Menken that are different from what you may remember from the big screen performance.   I actually preferred the stage story to the movie version in whole; it shared a little more background to the nun on the run. Perfectly done!

Sister Act will be at Chanhassen Dinner Theatre until February 27, 2016. Buy your tickets here.