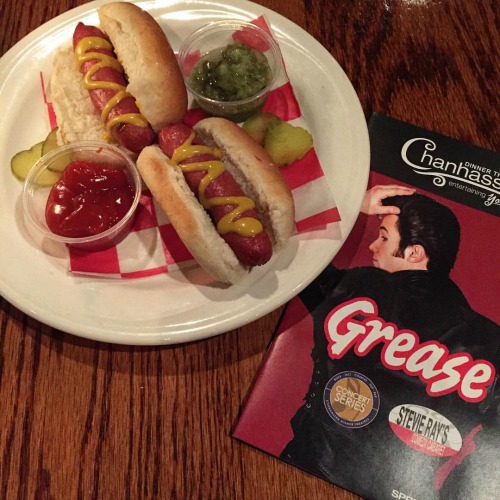 The 1950s hip-thrusting, hand-jiving, Rock ‘n’ Roll pop culture is back, and it isn’t going anywhere for at least the next several months.  Grease has finally returned to the main stage at Chanhassen Dinner Theatres after a 10-year hiatus. This time around, resident Artistic Director Michael Brindisi, who played Kenickie in the second national tour of Grease in 1978 (the same year the film version was released), gives you a more emphasized version of social commentary during this era of teen rebels and coolness. What he did was brilliant, with less attention on only two characters and more focus of high school cliques and the dawn of sexual connotation.  Brindisi has this production made in the shade. 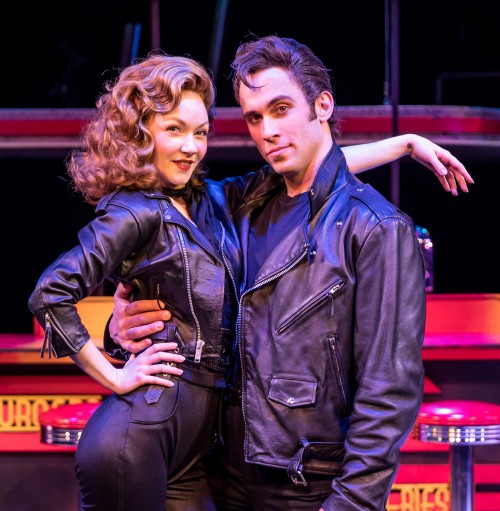 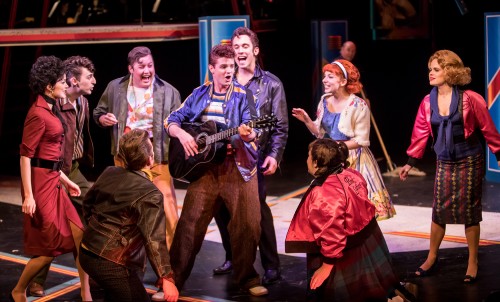 All the classic hits made popular from the 1978 film were all included along with a few other addicting additions from the original Broadway production like “Those Magic Changes” which is the quirky play on musical notes sung to an up-tempo tune of “Stand By Me.”  Another instant favorite was the comical “Mooning” performed by Evan Tyler Wilson (Roger) and Therese Walth (Jan), who were the perfect duo for this doo-wop inspired song of the human posterior. Now in the second act when Kasano Mwanza took spotlight in the crowd as Teen Angel for “Beauty School Dropout” I got chills, and they were definitely multiplying!  Kasano literally had the voice of an angel and had the entire theatre under his wings.  I could watch this scene over and over, it was that captivating. 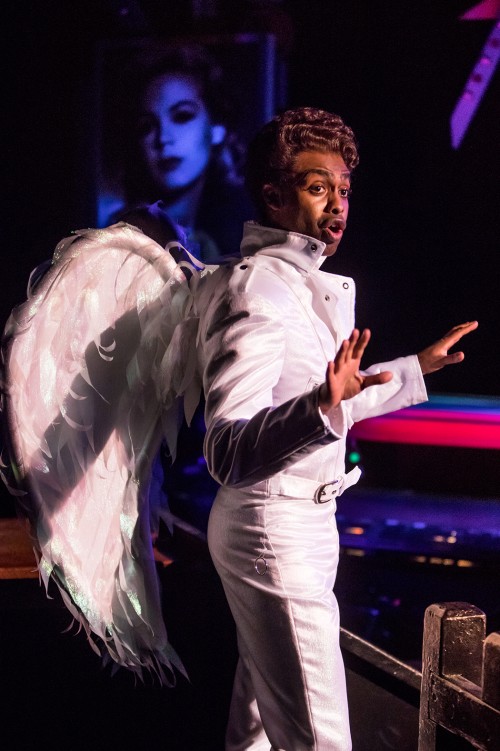 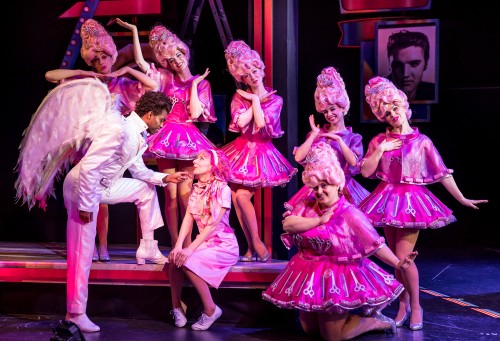 This production felt a bit fast paced, almost rushed into each musical number to fit them all in.  Enjoyable, but I wouldn’t have minded sitting longer to have it spread out.  The entire first act scene changes were the build up to the dance competition in the second act with the voice of Vince Fontaine (Keith Rice) coming across as a radio broadcaster, making for groovy transitions. Goosebumps gave way as Sandy (Caroline Innebichler) twirled an umbrella forefront to the house band as she performed “Hopelessly Devoted To You” ending the scene prior to the productions longest scene of the evening as the dance competition took place at the school gym.  The set decorations were minimal, with the coolest prop being an actual mini-mobile convertible, but it made room for the large dance numbers and the simplicity didn’t take anything away from the heart of the show, it’s characters. 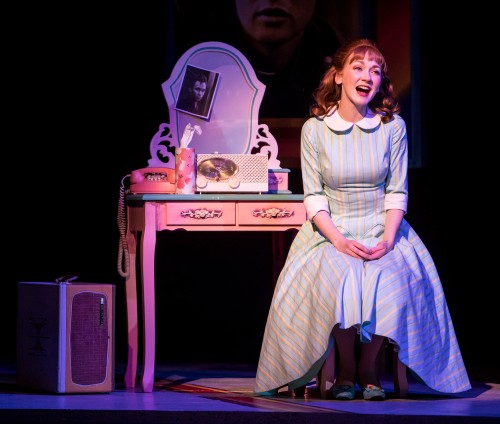 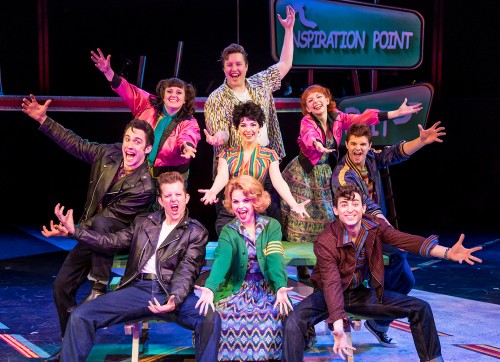 Keep in mind this is a PG-13 type of production with a few flips of the bird, a couple of SOB’s and other sexual references.  However, it is an experience I believe we all should be entertained by, and lucky for us it has performances every night of the week excluding Mondays with matinees on Wednesdays and Saturdays all the way thru October 28th, 2017.  Oh, and to satisfy your cravings as well as mine, our favorite Teen Angel flies back on stage to join the entire cast to perform “Grease Is The Word” for the finale that will be sure to bring you to your feet. 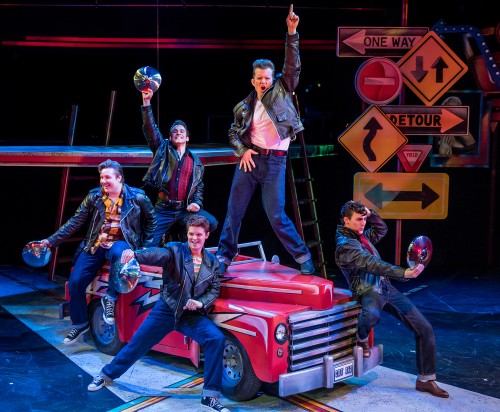