Chanhassen Dinner Theatres turns 50 this year, and what a way to celebrate their anniversary with a historic victory!  Newsies is actually a true story loosely based on events of the 1899 newsboys strike.   The strike lasted thirteen days during that summer in New York. It resulted in a compromise from both the World and Journal to buy back all unsold papers from the newsboys.  In 1992, Walt Disney Pictures made it a movie, and in 2011 Disney Theatrical Productions brought it to the stage.  It’s a fun, fast-paced, well-choreographed musical with some of the most addictive songs a production has to offer. 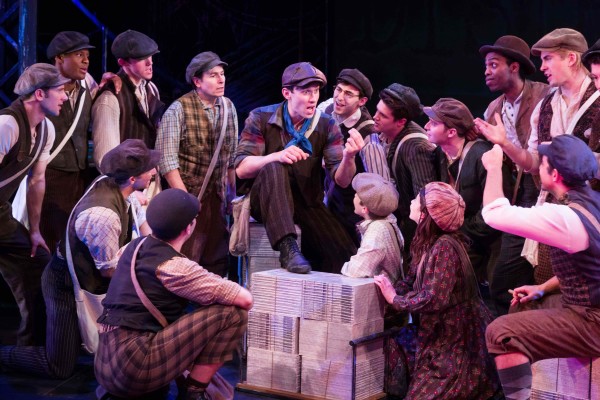 One of the best attributes when attending CDT are the familiar faces.  Aleks Knezevich is back, in what I believe is his best performance to date.  Playing the lead role of Jack Kelly felt so natural and fitting.  He’s done a few great performances here at CDT, Gaston in Beauty and the Beast, is now his second best performance.  He was also pretty cool as Danny Zuko, in Grease last year.  On opening night, however, it was relevant…he owned this role. 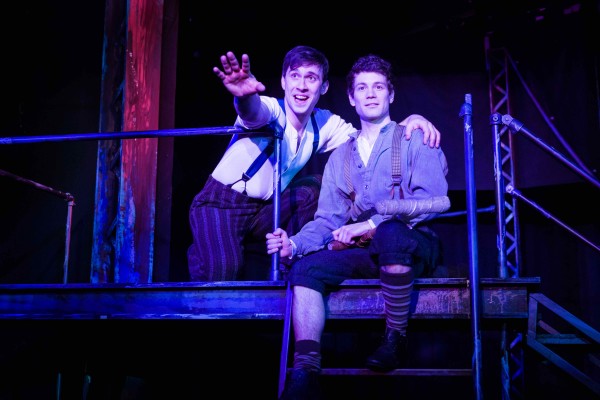 In this male dominant cast, there were two unfamiliar faces that really stood out, for their talent.  Lucas Wells (Crutchie) was captivating every time he took stage, but more so during his solo performance of “Letter From The Refuge.”  Hoping to chalk him up as a familiar face in the years to come.  Every 0.0002 seconds a star is born, there is proof to that while watching Tanner Zahn Hagen (Les). The adorable goldmine to the newsies because of his young age and instant charm.  This kid was made for the stage and will have you sold, just like the stack of papers on a daily. 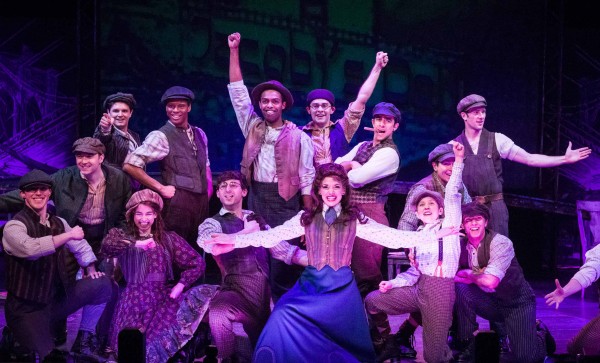 It’s a very minimal set with only a back screen for visuals, and pretty much needs to be with most of the cast being on stage flipping and dancing most of the time.  This production is running all the way through the end of September, so you will have ample time to catch it at least a couple times, and you’ll want to.  So, seize the day and check out this uplifting musical that will have you humming the tunes for days, maybe even weeks after. 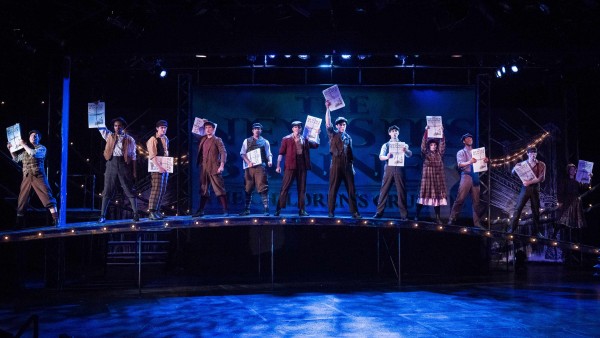 You have plenty of time to see Disney’s Newsies at Chanhassen Dinner Theatres! Performing on the main stage from March 2 – September 29, 2018. You can purchase your tickets here.