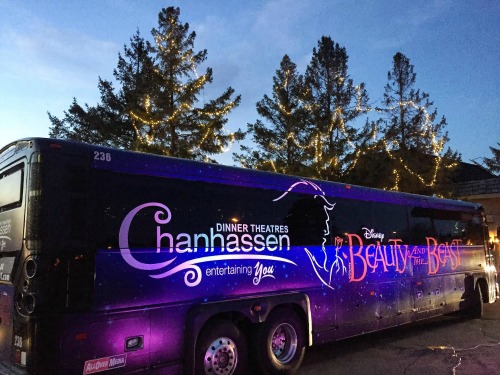 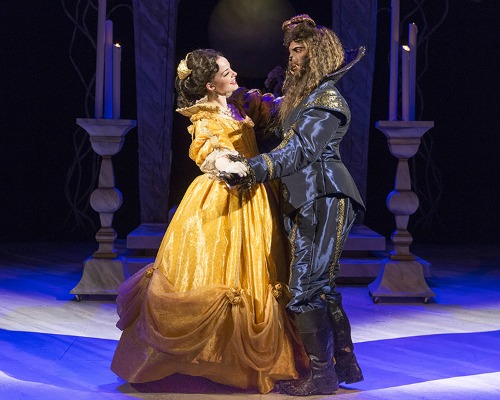 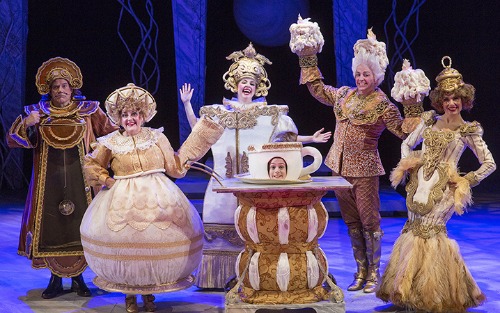 The story moved along quite perfectly from beginning to end leaving you entertained throughout, especially with eye catching costume designs along with subtle scenic designs. 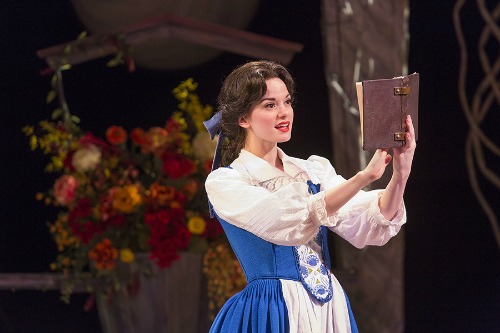 Ruthanne Heyward did an amazing job as Belle, with solo performances such as “Is This Home?” and “A Change in Me” with her crisp and captivating voice.

One of my favorite performances was a sing-and-dance number done creatively in a saloon-like environment of clinking mugs together that was put on by a large amount of the cast and focused on the ultra sexy ego of “Gaston” which of course the musical number was titled the same. Aleks Knezevich had the look to go with his character and was comically entertaining with his overzealous Derek Zoolander facial expressions. 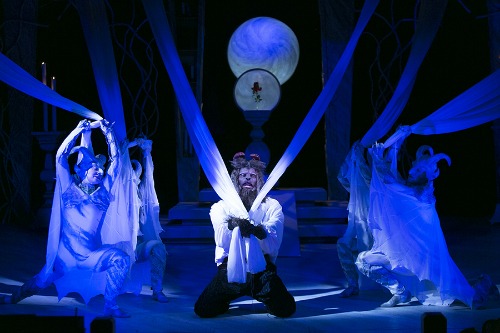 Keeping it elegant and seamless, Gargoyle stone figures would come to life and perfectly execute set changes in a soft ballet dance. 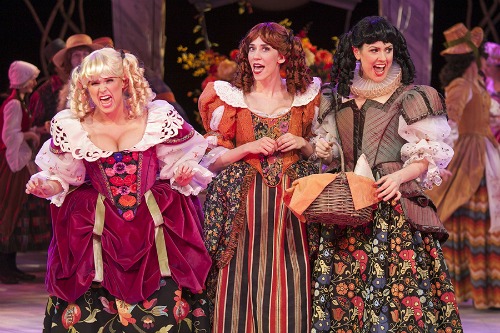 Costume and wardrobe designs were true to the story and brought objects to life in a very unique and fun way. Mark King (Lumière) was a delight to watch as sound effects went in unison every time he lit up. 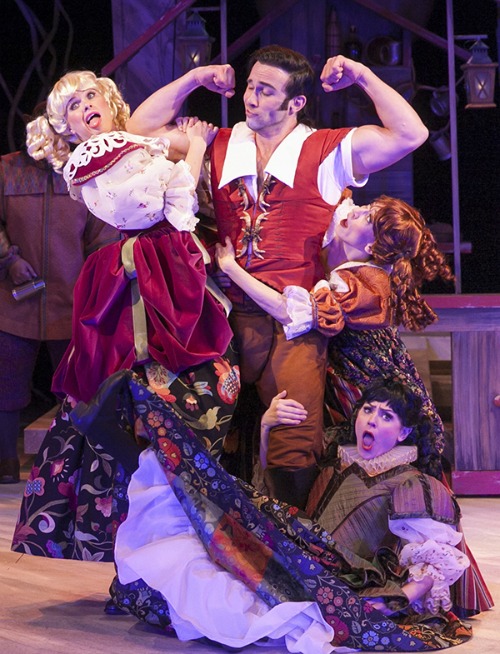 Even though Robert O. Berdahl (Beast) didn’t have the brawn I would’ve like to have seen, he had the swagger that carried this newly defined character in his own unique way. 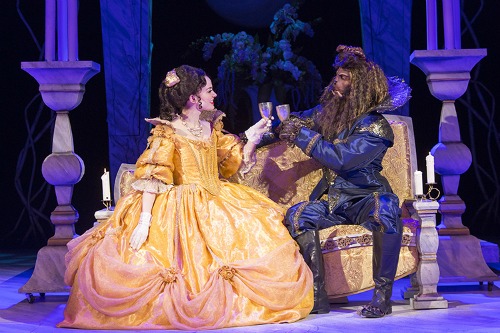 For me, there was nothing better and more heartfelt then when Susan Hofflander (Mrs. Potts) owned everyone in the audience as she sang the self-titled number “Beauty and the Beast” and it was clearly a breath taking moment. 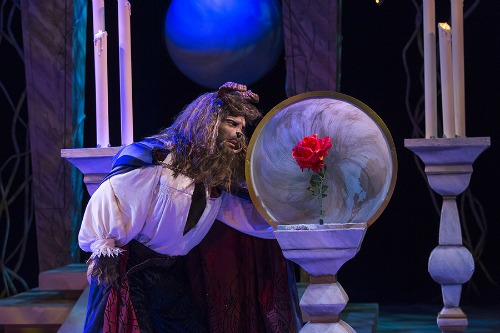 Beauty and the Beast will be at Chanhassen Dinner Theatres through September 24th. You can buy your tickets here.