A few years back during our trip down in New Orleans, we had the most divine dish of BBQ shrimp. The shrimp is served in a perfect blend of butter and seasonings. Since then, we’ve been inspired to try and nail the recipe. Along the way, we had this great idea to add pasta and this masterpiece was created. 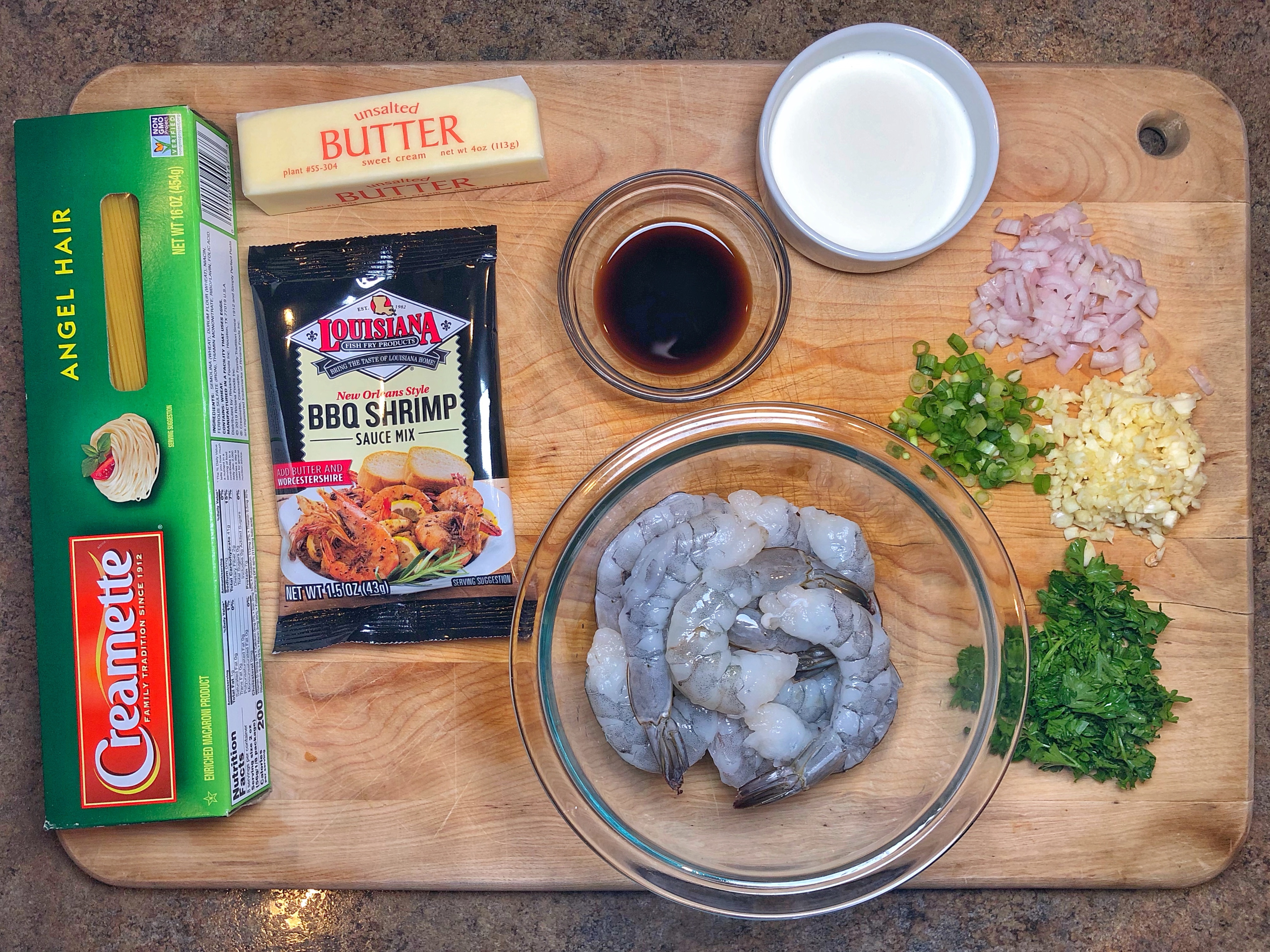 Fill a large pot of water and place on high heat. While waiting for the water to boil, melt the butter in a large skillet on medium heat. Once butter is melted, drop garlic, shallots and green onions into the skillet. Sauté until fragrant. Should only take 3-4 minutes. Then add BBQ shrimp seasoning.  You can either make your own (check out our BBQ shrimp recipe here) or use store bought.  We used a half packet of Louisiana Fish Fry Products’ New Orleans Style BBQ Shrimp Sauce Mix. 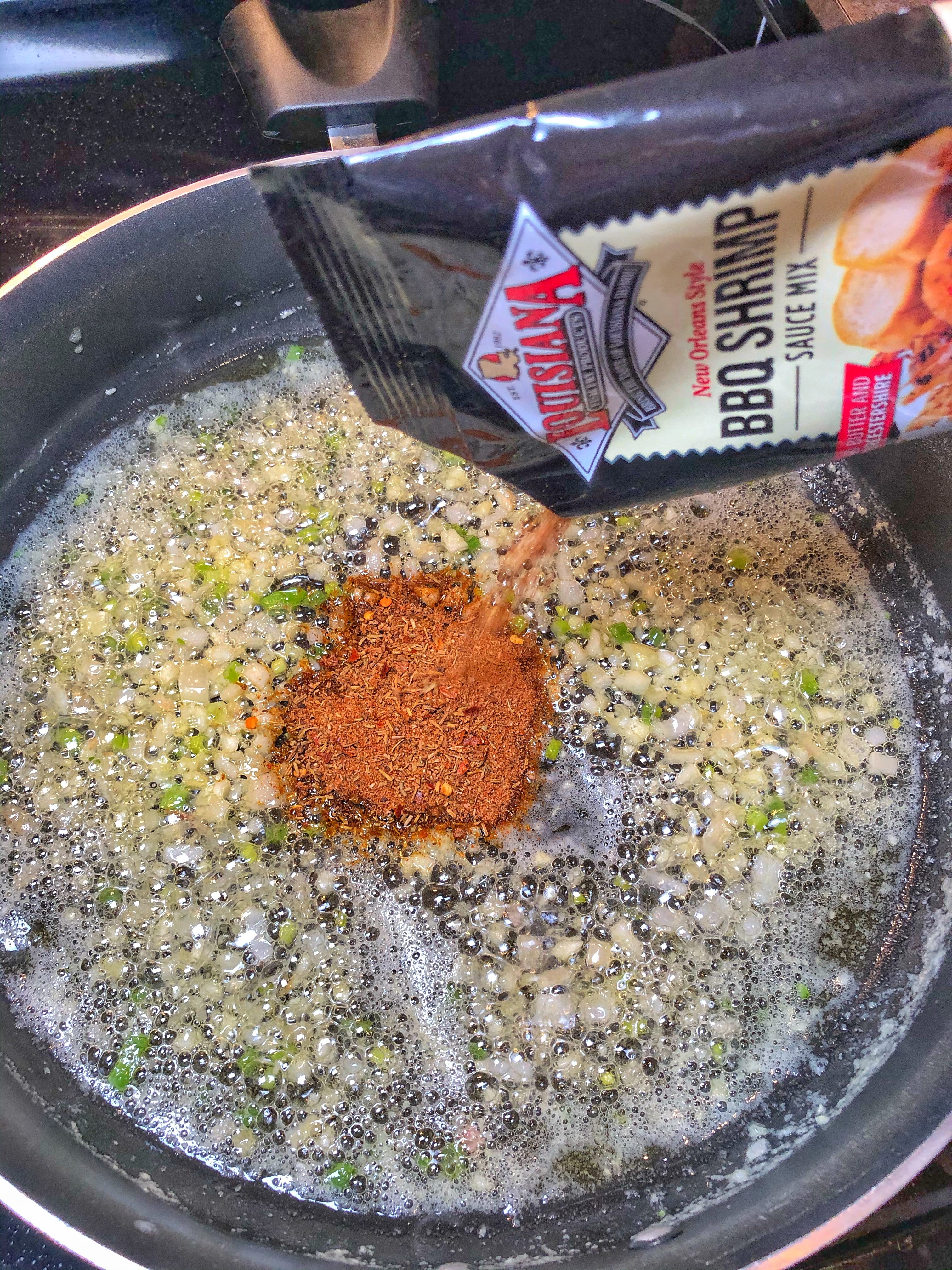 Stir in the Worcestershire sauce and let that simmer for 2 minutes. 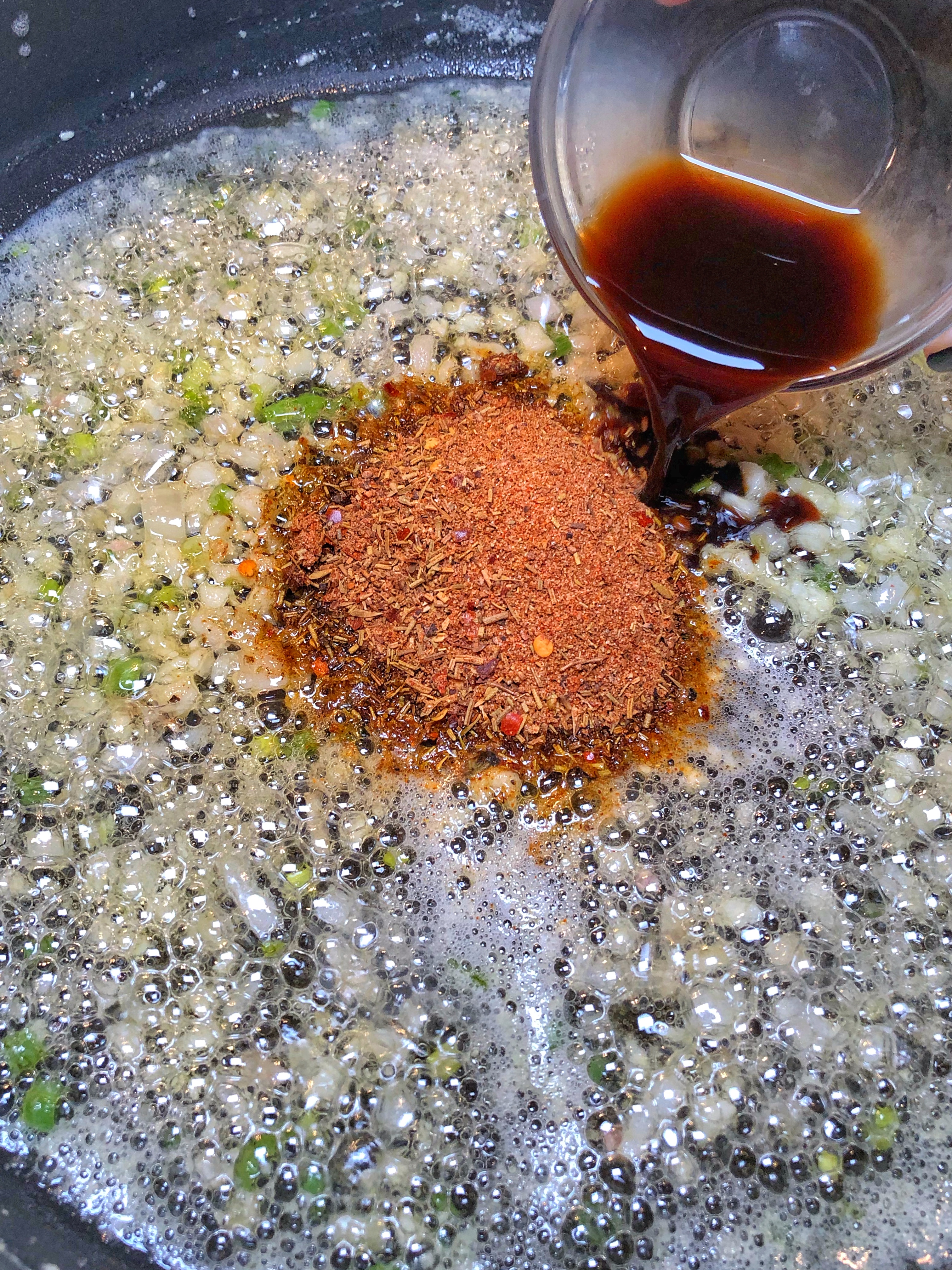 The water should be boiling at this point. Salt your water and drop in the pasta to the boiling water. Cook the pasta according to the directions on the box but take off a couple of minutes since the pasta will finish in the sauce.  El dente is key.  Put the shrimp into the BBQ shrimp sauce while the pasta is cooking. 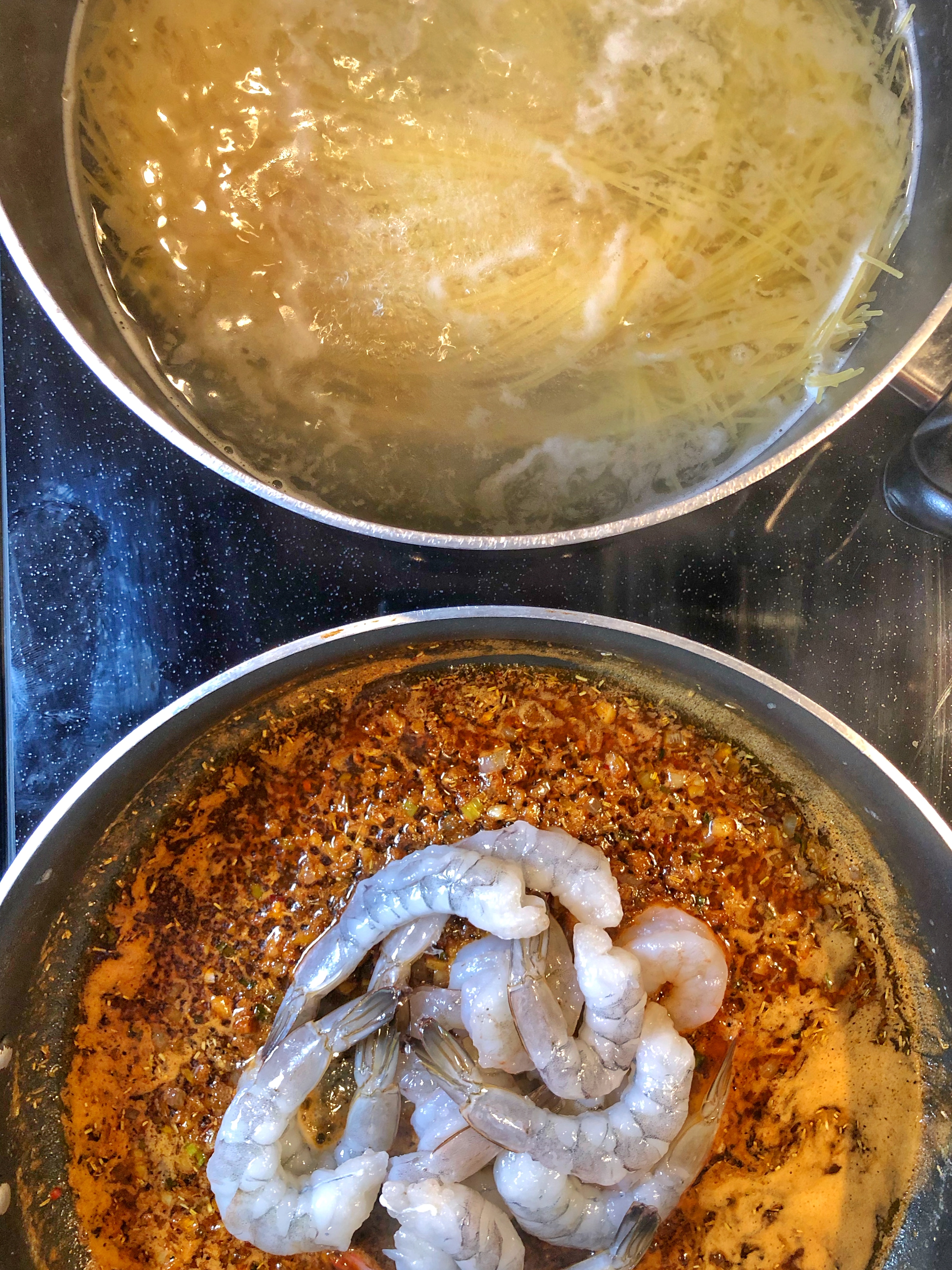 Remove the BBQ shrimp off of the burner and stir in heavy cream. 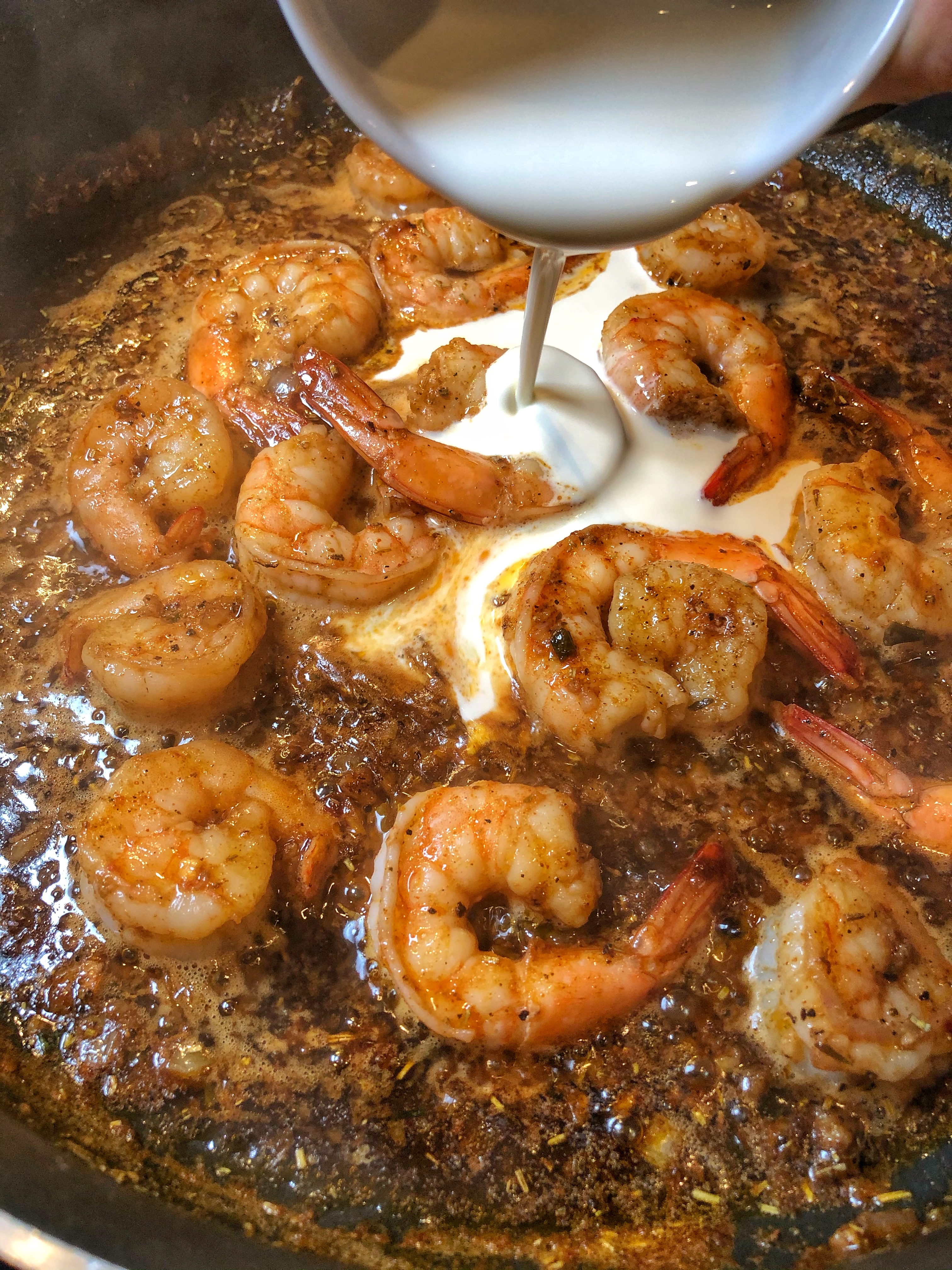 Toss pasta in the sauce. Garnish with chopped parsley. 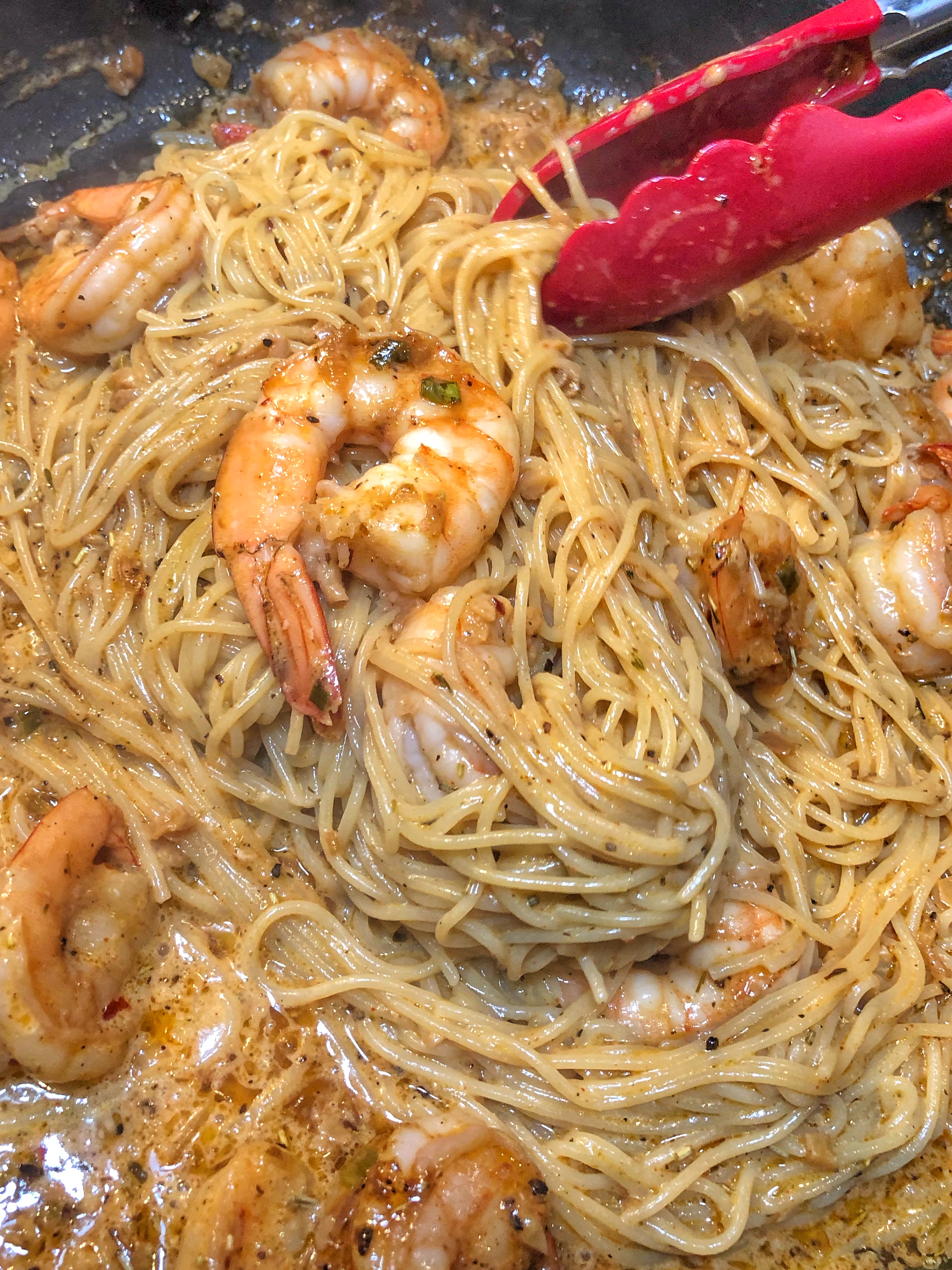 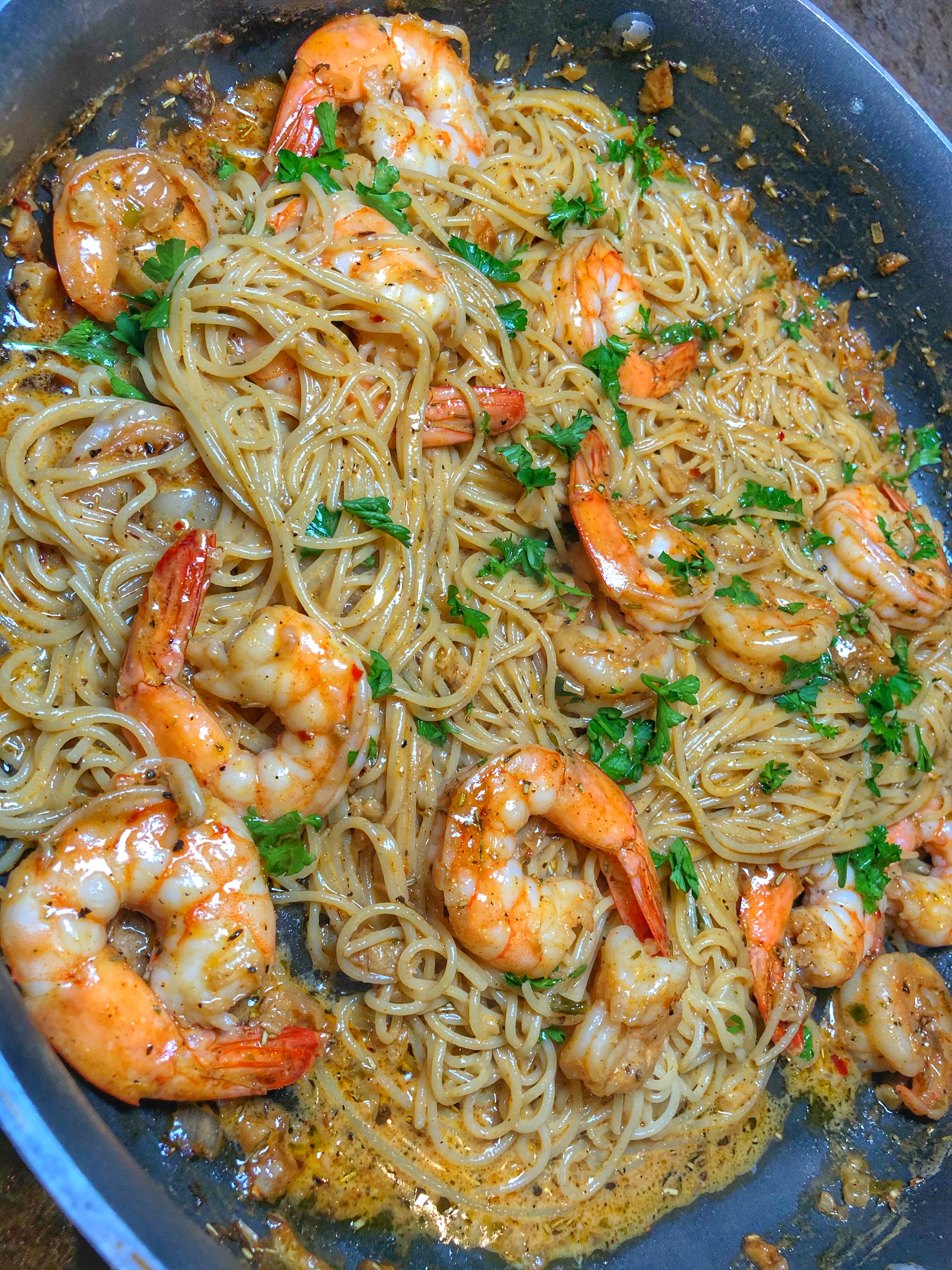 It turned out delicious! We did squeeze in a little lemon to cut down a bit of the richness of the complete dish. We also tried a few bites with a sprinkle of parmesan and that was a good addition as well. Leave a comment below and let us know how you liked the recipe.