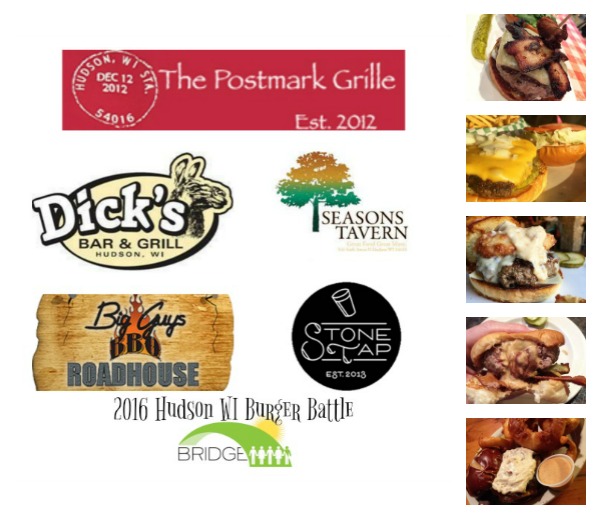 2016 Hudson WI Burger Battle Review – Back again for the second year in a row to give my vote for the #HudsonBurgerBattle2016.  Now you have from the 1st of November until the end of December to try five selected burgers at five local restaurants in Hudson, WI with the purchase of  a punch card for $25.00. One hundred percent of the proceeds go to BRIDGE, supporting programs that allow youth and adults with disabilities in the St. Croix River Valley to attend year-round day service programs, attain meaningful employment, participate in ongoing recreational activities, and socialize with friends.

It just wouldn’t be in We’ve Tried It fashion if I didn’t go and eat all five burgers in one evening.  So, let the meat sweats begin.

Right now I’m here at Dicks Bar & Grill for the first of five burgers in this burger battle.  Ricky Style – Topped with their special homemade sauce, lettuce, tomato, raw onion, American cheese and pickles. Kinda like a junior Mac, if you will.   Prepared nice and served open-faced.  Tasty and very fresh bun, lovely burger here with an excellent homemade sauce I might add!

Moving down the street to Stone Tap for the second burger in this battle of meat.  What we have here is the C3BO – C3 is for the 3 cheeses involved; Queso, American and Wisconsin cheese curds. BO is for the bacon and onions mashed into the patty.  Stone Tap was my 1st place last year as well as the overall winner from all participants.  Does this one do justice this year with a new chef involved? Hell yes! Try this burger! It’s petite, but packs a delicious punch. 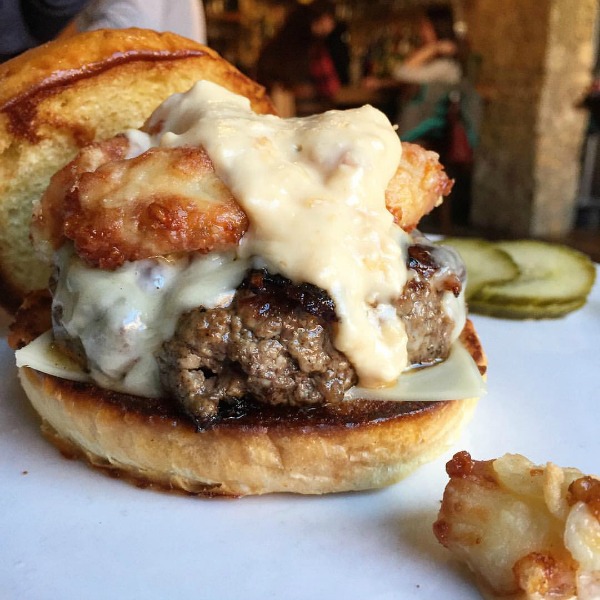 On to the third burger at Postmark Grille, which happens to be very unique.  The Peanut Butter Cup Juicy Lucy – a peanut butter cup (from local candy shop Knokes just across the street) stuffed burger, with crisp bacon and fried jalapeños. This actually works, there is no cheese to take away from the peanut butter cup, it oozes like a true juicy Lucy, it was just missing one major ingredient; seasoning.  However, I’m a fan. 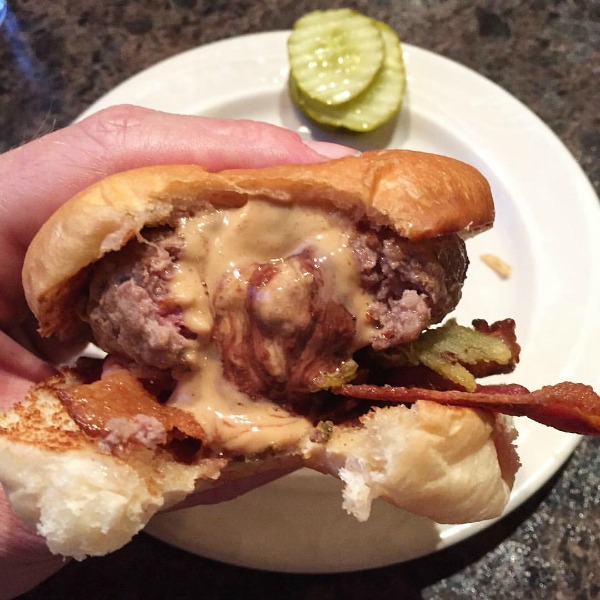 Unbuttoning the pants for this short drive to the outskirts of town to Seasons Tavern where I am chowing down on my fourth burger in this challenge which happens to be the return of a monthly special they had this summer know as their Empire Burger – 7oz burger patty, thin sliced apple, caramelized onions and bacon cream cheese on a pretzel bun.  I was a bit concerned about apples on my burger, but they really are thinly sliced and they mainly are added texture with a faint taste of apple that gets lost in the caramelized onions. Cream cheese was a nice touch with the pretzel bun.  Their caramelized onions are definitely the star in this burger. 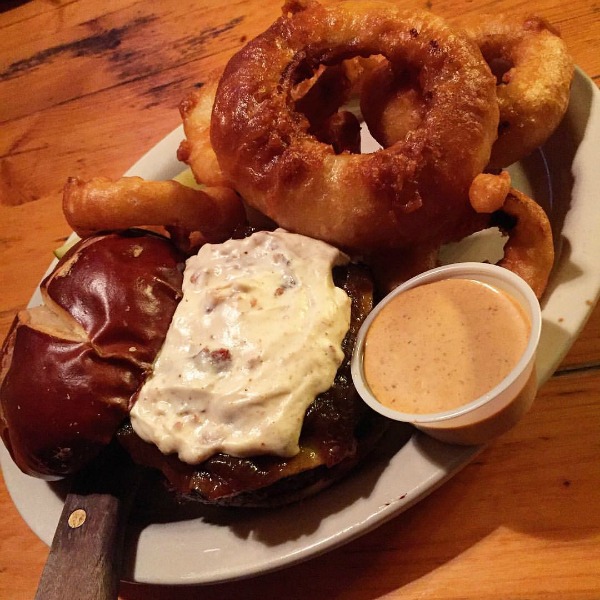 The fifth and final burger tonight is served up at Big Guys BBQ Roadhouse, and is ironically named The Winner (aka The Trump) – 8oz blended patty of sirloin, chuck and short rib with pork Belly, Vermont cheddar, smoked chanterelle mushroom, chive horseradish sauce and arugula on a brioche bun.   Another petite burger served with all the right toppings, without the mess.  We have a serious battle going on here. 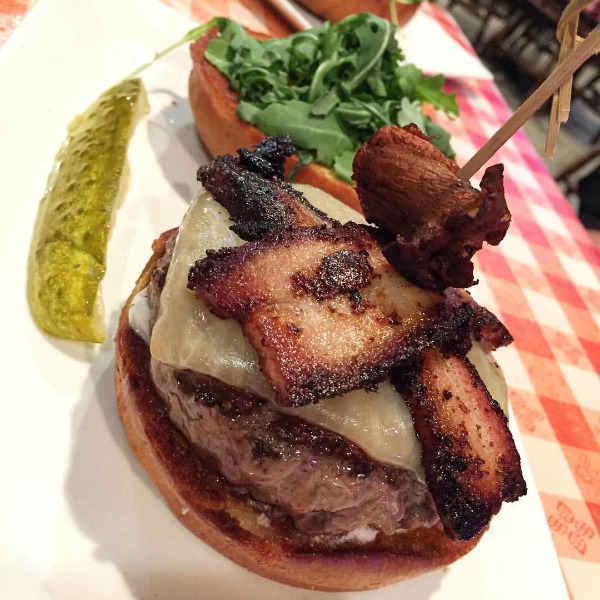 In short, not one of the restaurants asked how I would like my burger prepared, but all served up some wonderful creations.  Who is on top of this burger battle?  I think they are all winners this year, they really stepped it up a notch with their creativity and execution.  Unfortunately, you will have to wait until the end of the year to see who brings home the title of this annual fun and delicious burger battle.

We regret to announce that the tickets have been sold out for the 2016 battle. The winners will be announced in January 2017. If you purchased your tickets already be sure to comment and let us know your favorite.